Grinchy Custys: The Time I Was "The Other Woman" 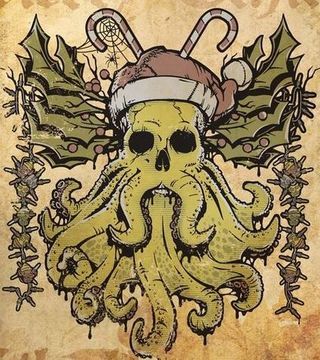 You'll be able to tell how long ago this was by the type of store at which I worked: photo developing. Like 35mm roll, film through chemicals, actual physical pictures photo developing. Guess I'm not ashamed to show my age, lol.

Anywho, one of the services we offered was photo gifts - images on mugs, blankets, keychains, and the like. Unsurprisingly, this service was way more popular at Christmas time. It was outsourced - sent out to a third party who in turn sent them back to the store when completed - so as soon as the gifts were delivered, we'd call the customer to let them know so they could come in and pick it up. Completely uncomplicated right?

Except one of those gifts were for a customer's wife, so there was a message attached to the gift that if we called the number he'd provided and he wasn't home, we were not to leave a message, not on his voice mail or with his wife.

When his gift came in while during one of my shifts, I was tasked with calling him. But when his wife answered, she told me he wasn't home, and asked if I'd like to leave a message. I, simply following her husband's instructions, declined, which prompted her to say "Then never call back here again." I was a tad amused, laughed a bit about it with my manager, and went on with the workday.

I'm not sure how much time passed (maybe a day later, maybe hours after I went home the same day - can't remember because, as I mentioned, it was a long time ago), but I learned that she had called the store, furiously asking which woman had called for her husband.

Apparently, she was convinced that I was his mistress. It was such a ludicrous assumption that we all figured he was being/had been unfaithful to her, so my calling her, yet not leaving a message, provoked her suspicions.

Kinda wished I was a fly on the wall in their home to see how the whole situation played out.