What Makes McDonald's Coke Taste Better Than Other Coke and Other Interesting Facts About the Golden Arches
Signage Slip-ups: Also Comes With Burgers!

Puppies In Prada: "You Are Not Going To Win This One, Son." 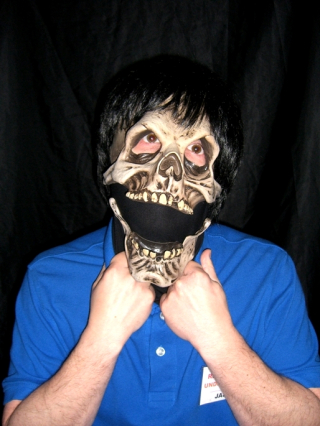 I'm in the zone, ringing up, being friendly. Two young guys come to the registers to make a purchase.

The transaction goes smoothly until it's time to sign. The guy scribbles on the pad, then elbows his buddy in a not-at-all-subtle manner, points to the screen and asks him, "What do you think?"

...All rightie then. All you men-folk (and some women-folk as well), what's the most immature thing you can think of that young, stupid boys are going to be drawing that warrants an elbow and a "hurr hurr hurr" comment?

Yeeep. He draw a dick and balls on the sign pad. And naturally when he pushed "Accept" it popped up on my screen in all it's immature glory. I'll give him this: it was fairly good art for the few seconds it took him to scribble the thing.

(If it hasn't been mentioned yet, I'm a woman.... and apparently I look rather innocent, or at least like someone who has never seen the bajillions of drawn dicks that EVERYBODY puts EVERYWHERE. Seriously, they're drawing the damn things in the sky. How can anyone be shocked by this shit anymore?)

Ahem. I was forewarned by his behavior, and I KNEW that he was hoping for a reaction. The first thing that popped into my mind was: "You are not going to win this one, son."

My eyebrows didn't even raise; I just printed up his receipt, complete with a printed copy of his "signature" and handed it over to him.

With my sweetest smile ever, I said "Here's your dick on a slip."

The guys looked surprised, then burst out in laughter and left.

If you're going to be filthy, I'll give as good as I get.

Missy, my manager, laughed hysterically when I told her; "That was awesome." I got a high five from another coworker and became her hero.

Tally point for me!