Rubbish Returns: Wait, You're Serious? That's Even Funnier!
Engineering Fails: What Exactly Was The Plan Here? 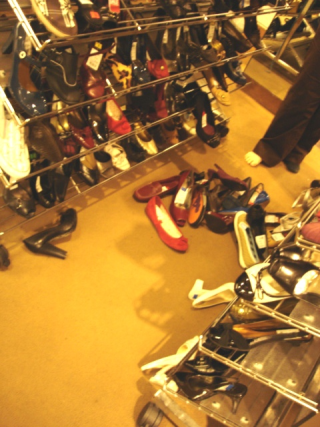 I used to work at a shoe store, and this story is from last winter.

Now, as I'm on the phone with my co-worker, a customer comes in. I greet them and tell them about our sales and they raise their hand to shoo me off as she yells in my direction, "I can read, sweetie."

So I just smile apologetically and go back to finishing up my call. After I hang up the customer gives me a mean look and tells me it's rude to talk to my friends while I'm working. Not that I owe it to her, but I clarify, saying that I was asking a co-worker to come in earlier so I can get to my later class. She rolls her eyes at me and holds up a men's boot.

She asks me in a condescending tone, "Will this fit my husband?"

She raises her voice again and slams her hand on the table. "He is NOT here with me. I just want to buy him these shoes. Get me a pair that will fit him."

You know, I really don't want to believe that there are grown up people in this world who are allowed to wander around unattended who don't understand how things like "shoe sizes" work, but I keep seeing stories like this one. In all seriousness, what the heck? How do you get to be an adult human with the ability to get yourself to the mall (presumably in clothing/shoes you've purchased in the correct size) and continue to be this dense?

What do they think we are, psychics? If I were, I'd quit my job and get a new one as a fortune teller!