Shoe Store Hell: I Read The Coupon, But Does It Work On The Items It Excludes? 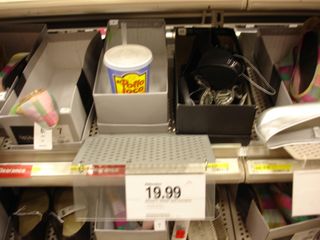 I was working in the shoe department in my store yesterday, and I had a woman and her daughter approach me as I was recovering the women's clearance aisle. For some background, we have a coupon right now that if you spend over a $100 on shoes then you'll get a $25 gift card, and this woman had some 'questions' about it.

K: "So, this coupon here, does it work on this stuff."

She had her arms full of three boxes of shoes, and we were also standing in front of a giant aisle of clearance shoes, but she didn't gesture or make any attempt to tell me what she was asking me what it worked on, just if it worked.

Me: "Do you mean on the clearance shoes or-"

K: "No, no, I know it doesn't work on clearance shoes, I already read it."

A little short with me, more so than I really cared for, especially because she hadn't told me what she was wondering what it worked on. And if she had read the coupon like she said... then she should have known what it worked on.

Me: "Um, so are you asking if it works on the ones that you're holding?"

She finally pointed at the clearance shoes. I give her the benefit of the doubt, because I'm sure she didn't realize that this was the clearance aisle.

Me: "Oh, actually the coupon won't work on these shoes here. These ones are clearance-"

She cut me off again.

.... I didn't really know how to reply to her, or understand what she was asking. She had already told me twice that she had read the coupon apparently and knew what it did and didn't work on... so I had no idea what she wanted.

Me: "Um, well... It'll work on the shoes you're holding for sure, it does exclude this whole wall here, of clearance shoes... but-" 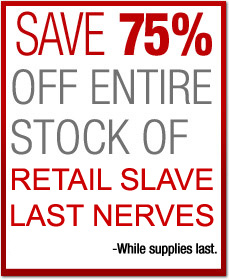 Did she have selective hearing? Was there something that I just wasn't aware of? I looked at her daughter for help, but her daughter was busy texting on her phone so she was no help. I was at a loss for words.

Me: "I don't really understand what you're asking. Are you asking me if the shoes you're holding will work with the coupon or if these clearance shoes will work... or-"

K: "Look, what I'm asking you is if the shoes over here... (she had walked down the run of shoes to the men's Nike wall, completely different area than where we were!) Will work on the coupon."

Me: "No. It states on the coupon that Nike is excluded-"

In the middle of my sentence she just turned on her heel and walked off as haughty as you please, her daughter in tow.

I was super annoyed to be honest, especially because she was being downright rude and condescending, when she was the one being a moron. She continuously asked me the same question over and over and then kept telling me that she had read the coupon... but if she had then she would have known that Nike was excluded from the deal. She made no sense at all, and I honestly think she probably still thinks I was the dumb one... when it couldn't be any farther turned around.

I hate people so much.

Kind of seems like an oblique way of 'what can you do for me'. "I know it doesn't work on these, but can you make it work on them".