Server Hell: I Really Want To Do An Irish Goodbye With This Job 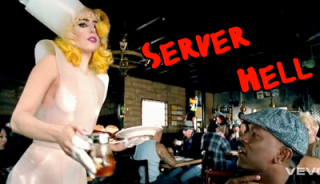 Irish goodbye, aka no call/no show.

I think I've officially been there only a month. In that time, the manager on duty has walked out of his shift TWICE because he "couldn't deal." Just up and left for the night. Plus I hear about him constantly not coming in when he says he will, but that doesn't effect me.

One night, the printer in the kitchen just broke so orders weren't coming in. It took a minute for the kitchen to realize and tell us, so obviously some orders were taken but never went through. A family of 8 was pissed that their order had been taking so long. The manager spoke to them, told them they would be refunded after they ate, and when they came back for the refund, the manager barricaded himself in the office and cried. They waited almost half an hour before another server (who has been there 15 or so years) was like "has he seriously not come up here yet? Fuck it, I'll do it." and thankfully took care of it. The customer was actually super appreciative of me and one other employee, and tipped us well. He actually said he was embarrassed for us about the manager. 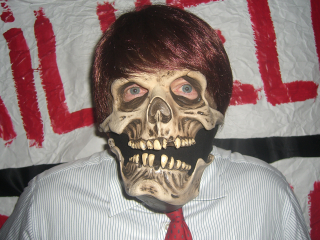 I also get offered to do bumps of cocaine and shots regularly by management. I turn them down, because DUH. I actually like to party but not at work.

Right now, we have super classy note in the back from the owner that essentially says "hey, staff. I see a lot of drug deals going on. Stop it." Again, I don't care but don't shit where you eat, yadda yadda.

Also, one of the people I like there is I the kitchen but the other day I watched him drop all his utensils and when the other guy in the kitchen reached for them, in order to wash them, he waved him off and KEPT COOKING WITH DIRTY UTENSILS! Kitchen floors are SUPER GROSS.

I won't even go into how dramatic everyone is there. I hate this job so much. 12 years in the industry and i can honestly say this is the worst job I've had.

I'm not going to no call/no show but UGH, I want to.

I don't blame you there!

Find another job and forget this one.