Target doesn't staple some, they staple all of them
Parking Hogs: "You're Gonna Drive Me To Drinkin' If You Just Don't Stop Double Parking That Lincoln!"

Pet Store Hell: The Lady with all the questions 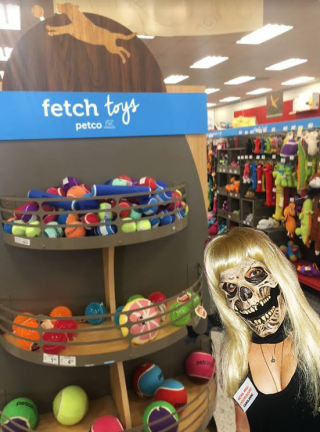 From pseudomugil, Tales From Retail:

I used to work at an awesome little mom and pop pet store in the fish area (really the only live animals we sold), and among other shenanigans which happened there, there was this lady who would come in roughly once a month on a Saturday.

She would, no matter how busy it was, ask question after question about the fish, waiting for you to mess up your facts even a little bit. then she would spend the next twenty minutes just tearing you a new one; things like "how am I supposed to trust you if you don't even know what you're talking about" and "you're lucky these fish are even alive with how incompetent you are" let alone that it took fifteen minutes of constant grilling to get me to mess up. I think it was her Saturday entertainment, and she never bought anything.

One very slow summer Saturday she came in and was the only customer in the store, so I made it my goal to stump her. She ended up grilling me for the best part of 45 minutes and then hurriedly leaving in a huff. The next time she came in was on a Saturday I wasn't working, and apparently she was especially mean to the girl working the fish room that day who (from what I heard) spent much of the rest of her shift in the break room crying.

Thankfully we had supportive managers and after it became apparent that this was a pattern, she was banned from the store for harassing staff members.