Burger Joint Fun: Your Server Will Be Destroyer of Knees
Customer Rejects: Beach Instead of Bread 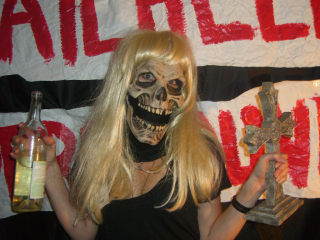 I work in a gym and part of our guest pass policy is that if someone has been on a guest pass in the last six months they are not eligible for another one.

Well a guy came in to the club wanting a guest pass since he just told me he just had one so I told him he wasn't eligible for one.

He immediately stood up from my desk and started yelling at me for wasting his time. Called me an ass and wouldn't let me get a word in. He then mentioned he was a Christian and his church had come for a group free work out.

I was shocked that someone who was being so horribly rude would identify as a Christian so I asked him what church he went to.

He didn't answer and just told me he would be calling my manager. Well he called and had three other people from his work who i have never even seen call and complain about me.

I got written up because he said I was rude and discriminated against him because of his religion.

If I get one more write up I'll get fired. My wife is pregnant with my first child and if I get fired I'm screwed. I just can't believe someone who calls themselves a Christian would treat people like that just for a free week at the gym. It's disgusting.

THAT is not a Christian. That is just an asshole. People like him are also the reason I am NOT a Christian.