English is Hard: Safety Will Kill You Every Time
Cake Mistakes: All Your Need is Glorious Unicorns 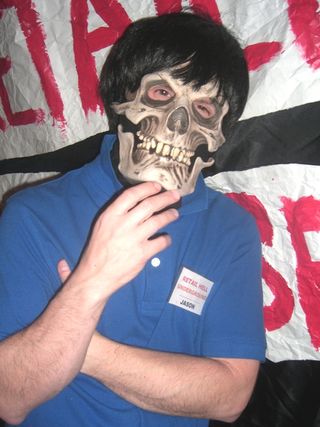 From wildcard_bitches, Tales From Retail:

As a teenager, my first few jobs were in retail at various fast food and department stores. It’s been years now since I’ve been in that type of job, but I’ll never forget my favorite memory from one day when I was working in a department store.

I worked specifically in the shoe department which was located next to the toy department. I also had a friend that worked in the toy department, and being the 16 year old rebel that I was, I would frequently leave my mostly boring post to check out the exciting stuff happening across the aisle.

One day as I was browsing through the toys, I found a $20 bill on the ground. Ignoring my first instinct to pocket the cash and hide out back amongst the shoes, I decided to bring it to the customer service desk up front and let them know where I found it.

About 20 minutes later I heard my name called by a manager over the intercom to come to the service desk. Waiting for me was the manager with a woman and her son. The woman smiled and let me know that the $20 belonged to her son and was given to him by a family member to pick out a toy for his birthday. In his excitement somehow he dropped the money and was devastated. In an effort to console him, the mom said she would check at the front to see if anyone had found it and turned it in, but fully expected it to be gone.

They were so grateful that I returned the cash and the boy gave me a big hug. When I think about the smile on that kid’s face, that simple choice I made has given me so much more joy than the $20 I probably would have spent on something stupid like candy and pop.

Had a similar experience when I worked at Walmart. (Also toys) One busy afternoon I was helping out in Sporting goods and noticed a folded up $20 on the floor. I was able to pick it up, and was intending on taking it up to the Customer Service desk.

However, it was too busy for me to leave the area. So I palmed the bill (instead of placing it in my pocket.) and continued assisting customers. After helping out a few more customers, I noticed someone going through searching the floor. I approached and asked if I could help. Turns out he had dropped a $20 and was retracing his steps. As I still had it in hand, I was able to hand it over right then.