English is Hard: So... Golf Travelers?
Cake Mistakes: a Cup of Poo?

Toxic Managers: I almost got fired because a manager was rude to me 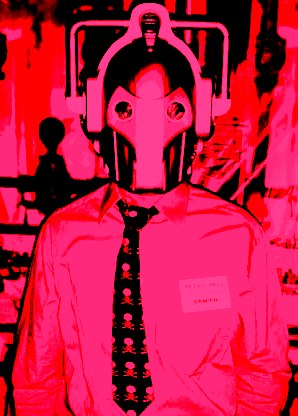 I've been following this blog for years, but I thought I'd never have a story that would reach the level of retail hell.

The store I work for is the usual 9 to 9 affair. However very briefly we were allotted overnight hours to get some stocking done. Since our back room was overflowing, and not ordering a truck was out of the question. Typical corporate mentality. So I agreed to pick up as many night shifts as possible, because there would be shift differential(being poor also helps). Only on the clause that I wouldn't have to open the store, or work morning shifts.

Fast forward it's my third overnight shift. Just got home from work, plum dead tired, been asleep for a little more than an hour.

Phone call from my store. Wakes up everyone in my house(we all work night shift). It's my store manager asking me if I can come in at that very second. I give them the whole spiel about working the night before, and remind them about my availability. My manager apologies for waking me up, is very polite, and understands my point of view. End of story right?

Wrong! A couple hours latter different manager from a different store calls. This time the caller ID listed it as unknown number so my roommate picked it up thinking it was their place of work this time. I don't know what this manager said to my roommate, but my roommate still insists on referring to that manager as the rudest person on earth.

I get handed the phone, and am insulted for not picking it up. Before I could get a word in edgewise I'm  rudely screamed at to come into work at that very second. Now I was in the middle of washing my work uniform so I couldn't come in even if I wanted to. I try to explain this to them, but they doesn't listen. Even to the point where they accuse me of lying. 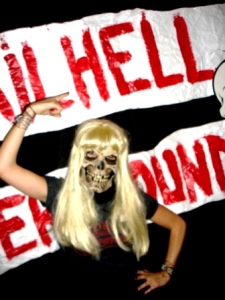 Again I say no, and I get hit by a whirlwind of screaming. Followed by a guilt trip that they'll have to close the store if I don't come in. I was the first person they called, and free hours go fast so i doubt that would have been the case. Not wanting to get cussed at, or berated anymore i hung up. Since my patience was very thin from being woken up before. I figured not getting involved in a screaming match was the safest bet.

A week later I hear through the corporate grape vine that I almost lost my job, because the manager complained that I was rude to them. When their phone etiquette was akin to a screeching monkey. With the only reason i still have my job was the first manager who called me. Who put their foot down, and brought up the fact that they had called me earlier. Basically the second manager was out of line for making arrangements for other stores.

She tried to claim that she was calling a different employee from her store. With some shlock that the numbers were similar, but that doesn't make up for the fact that they used my name in conversation. Being I'm the only person who has that name whose currently employed with the company in that state.

They did find another employee to fill in the hours that day, but as punishment everyone's hours got cut. Now there even more empty spots in the schedule, and they've been calling more often for people to come in on their days off. It's gotten so bad there are literally days when we are open where nobody is scheduled to work. Plus on top of that everyone who works there is quitting. With people either getting two days a week, or getting scheduled 1 day every two weeks.

Gotta love corporate logic. Having a problem that's not really an issue. Let's make it worse, and then wonder how it got so bad.

"The beatings will continue until morale improves."

I used to work at a company that would do mandatory employee 'satisfaction' surveys every year to find out whether employees felt appreciated and invested in the company. The surveys were supposed to be anonymous, but they were still aggregated per department so you knew what department a group of surveys was for and the results were given to the manager of that department so they knew what they should work on improving. In one department, all the employees gave their satisfaction very low rating because their manager bullied and threatened them all the time. When the results came out, that manager called a meeting and informed all of them that if the numbers didn't improve on the survey next year, he was going to fire everyone in the department.

I hope that the people who got their hours cut and don't mind a few extra days off are not being bullied into coming into work like the OP was. It's the companies own fault that they're understaffed, not the employees. If I was employed by that store and found out that I had a few extra days off and had a few bucks to spare, I would be saying "Sorry, I can't come in. Why? I am 45 miles away in the Niagara Gorge. You should learn to schedule better"

SS: I had a store manager almost similar to that, except she would hand select the people she wanted for the surveys and essentially breath down their necks as they were completing them, to make sure nothing bad was being said. So of course when the results came out, they were horrendously skewed to make our store look awesome when in fact we were constantly screamed at, put under pressure to work off of the clock, judged if we had a rough overnight and the store looked like shit because the drunks came in and trashed it 10 minutes before the openers came in, etc.

I remember those surveys from Hellmart. Anon, except you needed to put your department, and your "role" in the store. So basically everyone would instantly know who you were since departments only had one department manager and one or two regular employees. Larger departments, like deli or bakery, might have closer to 10 employees, but still not a lot to hide behind.

SS, we had supposedly anonymous surveys in an old job, which I believed until I saw the shit-tastic manager open the sealed envelopes and piling the forms on her desk before packing them all into one, larger envelope. After that I refused to fill out anything else supposedly confidential unless I could post it off myself.