Toxic Managers: The Tale of Dudebro the Manager 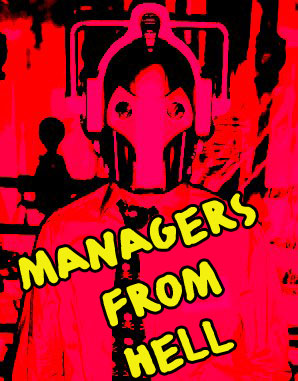 Hey there, folks! Stepford Snarker here with another tale of terror. Submitted for your approval, I present to you the tale of Dudebro.

There's some managers you enjoy working with. They're decent, reasonable people who actually give a damn about the people they work with. These managers are a rarity. There's managers who are a pain in the ass to deal with, but they're still tolerable enough that you force yourself suck it up. And then there's some managers who are so idiotic, so incompetent, so utterly and competely ill-suited for their job that everyone has only one question: “How the hell did he get to be a manger?”

Dudebro was definitely the third type. Now, normally I try to be nice. I give most people in my stories regular names as pseudonyms. But in this case, “Dudebro” is the most apt thing I can call this man. Picture, if you will, an overgrown frat boy cliché: the spiky blonde hair, the tribal tattoo, the tendency to casually say stuff like “Say, girl” and mean it.  Are you cringing yet?

Dudebro, despite being in his early thirties at the very least, acted like he was still in college and expected the pledges-- ahem, sorry, employees-- to pick up the slack. Whatever personal squabbles that existed between employees and departments, the one thing everyone could agree on was that Dudebro did not belong in the position of manager.

In the mornings, if he was the opening manager, he would sit in the back office and eat a leisurely breakfast, taking his sweet time if he were called to the front for anything. Once he finished his lunch, he'd wander off ostensibly to assist in getting the stock onto the floor. Again, he would take his time in returning to the registers if he was needed. Other managers, including our head manager, when faced with the same situation, would simply hand over their badge to one of us (usually me) to scan for 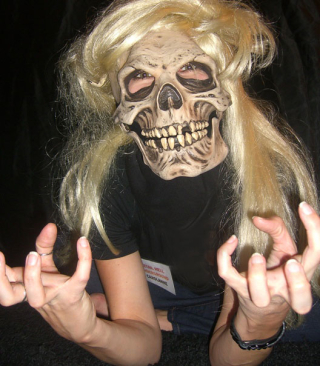 overrides and voids to avoid having to be called up for anything short of more money needed or a serious emergency. But, no, that was no good to Dudebro. Instead, it meant waiting a good five minutes or more for him to slowly saunter up to the front of the store if anything rang up for the wrong price, needed to be returned, etc.  This was a standard day of working with Dudebro; at least once, I expected one of the hyper-competent or ultra-twitchy managers to snap and tell Dudebro to work elsewhere.  Sadly, that never happened.

I cannot count the number of times Dudebro attempted to do some simple work-related task and finally voluntold me to do it. And it was always done with this big phony smile and sugary-sweet tone, like I should be happy to do his work for him. And in case you think I'm exaggerating, he actually flat-out said this on one occasion: “I'm so glad you're working today, Stepford! It means I don't have to do anything.” I positively hated working with him because it effectively meant that I was stuck doing my work and a good chunk of his, as well. (Not to mention that most days, I was effectively doing the work of multiple people to begin with, as I mentioned in my post about quitting.)

This story has a happy ending, luckily. After several months of Dudebro's sheer incompetence, he ended up quitting, supposedly to work at a friend's brewpub. His replacement, who started not too long before I left, was a much better person to work with: intelligent, friendly, and infinitely more competent.

I figured out how to comment just so I could tell you I read this whole post in Rod Serling's voice. Well played.

Rod Sterling? Then I feel quite honored, as I'm a big fan of the old-school Twilight Zone series. Thank you. :-)

It's not just cream that floats to the top. v

I liked the older shows too.

BTW, the only reason Dudebro got a manager position is because he had a degree (Masters, I think). In what, I don't know. To be honest, most of us were amazed that he could read words of more than one syllable.