Angry Bookstore Signage: "We are not the shop from rubbish film Notting Hill" 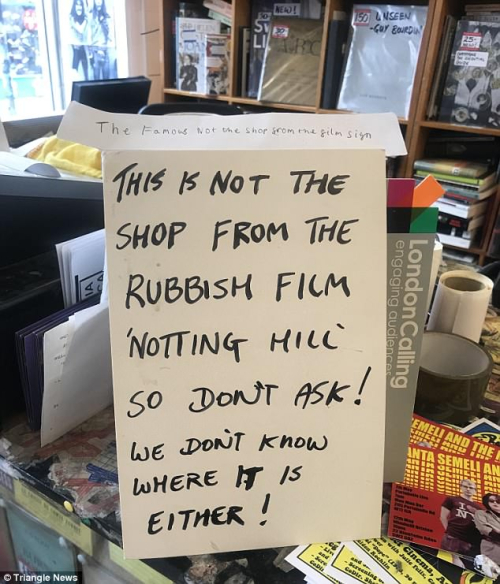 Tourists bombarding a Notting Hill bookstore with questions about the Hugh Grant movie has forced the staff to put up an angry sign to deter fans from asking about the flick.

Owners of the Book and Comic Exchange posted the notice because of the sheer amount of tourists desperate to see backdrops from the popular film Notting Hill.

Visitors are continually mistaking the bookstore for the Travel Bookshop, which was featured in the rom-com but closed in 2011.

The fed-up store erected a sign that reads: 'This is not the shop from the rubbish film Notting Hill. So don't ask! We don't know where it is either!' 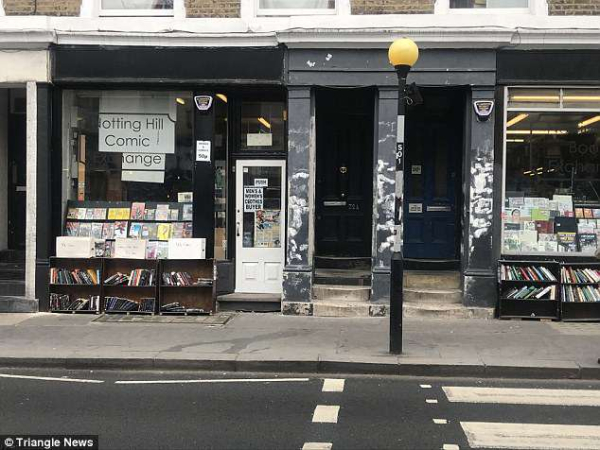 A shop worker at The Book and Comic Exchange moaned that fans desperate to visit the real life bookstore where the main characters met in the film had become 'irritating.'

Some are even convinced they will bump into Hugh Grant if they loiter long enough, he said.

The confusion has become a pain for the store's owners because the shop is so tiny and can only hold a few customers at a time.

The pair eventually strike up an unlikely romance after a couple of chance encounters whilst she is in the area making a movie.

The actual bookshop from the blockbuster film was The Travel Bookshop, founded in 1979, which closed in 2011, after 32 years of business. 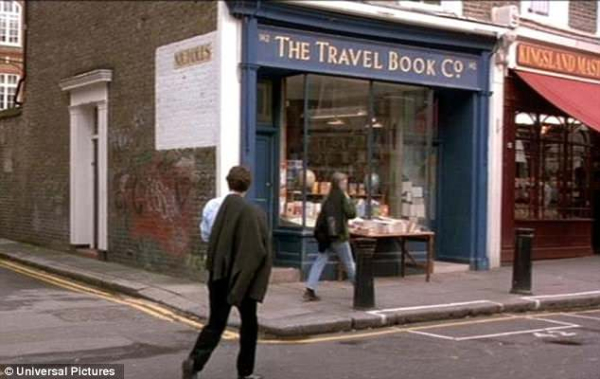 Director Richard Curtis was inspired to write the movie - released on May 21, 1999 - after frequently visiting the shop close to his home.