You Had One Job: This Doesn't Look Like Hyrule To Me...
Spam Mail Sunday: Okay, This Is Kind Of Awesome 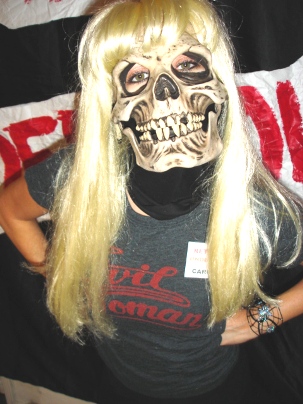 From GearHeart66, Tales From Retail:

I'm sure everyone who has worked retail has experienced those moments where someone with warped confidence made them question if their own social boundaries are out of the norm. This is one of mine. First some background. I'm a female in her mid-twenties who manages an auto parts retailer (so if you can imagine I have stories). This one happened just the other day when someone phoned in requesting a part we didn't list. I told them that I would have to call up some of our suppliers to find it and they could call back a bit later, or if they would rather, we could call them when we found it. He was convinced however that I didn't understand what he was asking for because (as they all say) "it's a super common part." It wasn't. So he asked "Can't I text you a picture?" I explained that we used landlines. " No obviously I meant your personal phone number, just give me that and I'll text you." I declined and explained for security reasons I could not give him that. Certainly that's reasonable right? I don't know this man, I'm not comfortable giving him my cell number! The kicker for me though? He was absolutely appalled that I would not give him my number and called me a number of things before telling me he would complain to corporate about the matter and hanging up. What? Am I out of the loop here? Is that out of line? Apparently so.

TLDR: Random man on phone is appalled I won't give him my personal cell phone so he could text me photos of the part he needed.

I'm with Carhop on this. You are under no obligation to share your personal phone number, even if "everybody does it" where he (the caller) works. Document those things he called you, btw, so that you can share that with corporate if the need arises. He was out of line there, as well.