Sidewalk Signage: Can Anyone Confirm This?
Fun-To-Mental: Diet ice? 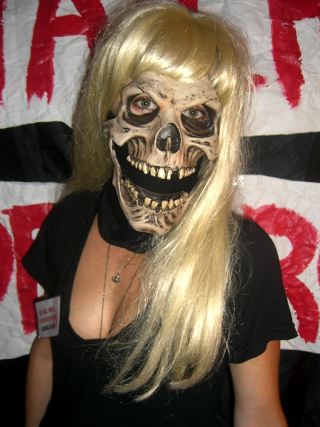 From  PandaSoap, Tales From Retail:

This last Thanksgiving I, like many others, had to work. More specifically, I had to work a shift that was during the prime meal time, meaning I would miss dinner. Not one coworker of mine was happy to be there. Our only hope opening up that afternoon was that it wouldn't be busy. Boy were we wrong.

Doors open and there was already a medium crowd outside the store. People were acting like they normally do (not saying anything to us after we say hello, general dehumanizing stuff you know). Then it happened. This young (mid to late 20s) couple comes in and I offer to help them. The woman wasn't rude, but more neutral in tone towards me (a welcome attitude at that point). The man, however, was the most polite customer I had delt with in a long time. I helped them and they came back to me and asked for more help a bit later, but they were both still super polite and treated me like a person. They both thanked me and it honestly made the rest of my shift bearable.

Working on a holiday sucks. Especially a family oriented one.

To those who go into stores on holidays: I get that most employees aren't going to be in the best mood, but if you flash a smile and treat us like humans rather than servants it will make our interaction with you better, as well as our mood in general.

If you were "that couple" to any retail employee, thank you.

TL;DR: A pleasent customer interaction can make all the difference.