Tales From The Front Desk: VIP From Hell Demands To Speak To GM From coastkid, Tales From The Front Desk

I recently dealt with an extremely demanding and fussy sexpedia "VIP".

On his 1st day alone he complained about no less than 3 times, made one of our cafe girls cry and then lied to a local restaurant about how our staff assured him they would stay open so he could get dinner (after we'd called the restaurant in question to confirm they were closed already).

On the next morning I dealt with him again and it was unpleasant to say in the least, he demanded to speak to the GM and then refused to speak to anyone else apart from repeatedly asking when the GM would be available. 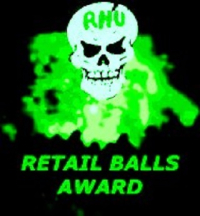 Some background, our GM is new to the property. He's only been with us a month tops at this point so I was kinda hesitant on how to handle him regarding this as our previous GM had 0 backbone and would have rolled over for this kind of guest.

So I went and spoke to my new GM who took me seriously (yay) and said he would go and speak to the guest.

I didn't really pay it anymore attention cause I had stuff to do and got semi busy with check-outs but after about 20 mins my GM came back over. I was kinda prepared to hear some BS about "keeping our guests happy" but no, the heaven's opened and my GM drops this bombshell, "I told him that clearly we aren't the hotel for him and it would be a good idea for him to check out."

I swear my chin almost hit the floor! Frankly my co-workers and I were pretty taken back that our GM stood up for us and gave a nasty guest the boot! It certainly gave us all a nice boost and made us feel genuinely respected by upper management for a change.