You Had One Job: That Will Be A Rude Awakening
Retail Robin: ...And Leaves You With All $400 Worth Of Their Purchase

Auto Parts Store Hell: "That's not what you told me on the phone!" 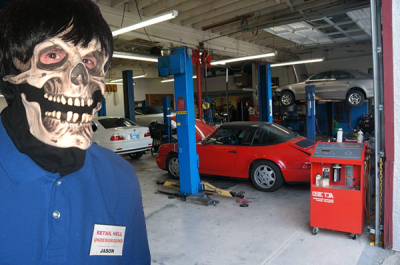 From IdiotaRandoma, Tales From Retail:

I hate that phrase so much. It's one of the worst things about working in auto parts. Phone lookups are already a pain because of the ever present miscommunication about what part a customer is looking for, several different names all for the same item, and so on. That said, most people understand that mistakes happen over the phone.

I'd been working in auto parts for a few weeks at the time of this story and I was closing with the manager on duty (T). We got A LOT of phone calls at that store, so I don't think much of any of them unless there's something exceptionally odd. Most of them are just a basic "I need price/availability on a [part] for [year, make, model]." A lady comes in during the last hour of the night, around 2115 to 2130. She talks to T about a part for her car, but when given the price she gets upset and proclaims that that is not the price T gave her on the phone. T recalled the earlier call and told the lady that she was given a different year/make/model over the phone and gave the price for that part on that car, but this was an entirely different vehicle, so the earlier price quote was invalid.

Rather than accept her mistake, the customer insists that T override the price of the correct part to the price of the wrong one quoted earlier (IIRC it was like a $70 difference). This being an absurd request and T being a rational lady, she promptly said no. The customer was not having it, though, and kept throwing a fit demanding T call the store manager who was frankly either asleep or drunk at that hour. Eventually, T gives in and call up the store manager, who apparently said something to the effect of "Hell no; why would you even have to call me on a problem like that?"

With that, the customer finally agreed to the price of the item as it was. She paid and left within 3 minutes after giving T hell for about 20 minutes, all for pretty much nothing.

Ugh! Just had to deal with a similar incident on Friday.