Retail Hell Memories: "Why don't you accept US money?" "Cause this is Canada." 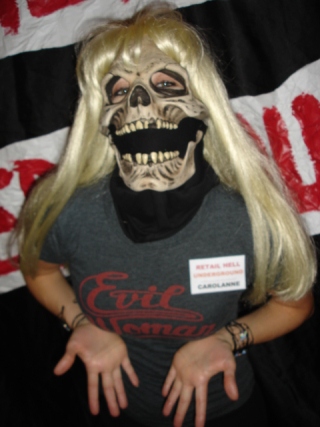 From FrozenGasoline, Tales From Retail:

I work in a small grocery store chain that's only located in Canada. Our store is in a plaza and our cash desks are right in front of the windows, so I see this car drive up with a New York license plate and think "Oh cool! Americans!" It was an older dude who look maybe early forties. I greet him politely and he greets back. Explains to me how it his first time in this store and was told to check it out if he was ever up this way. No problem, I tell him how the store works, what to do and a bit of the types of products we have and let him go about his way.

Now we used to accept US currency however with the exchange rate being different all the time and the fact that our POS is still stuck in the 90s (exchange would never be updated properly and spit out widely incorrect amounts) we decided to drop accepting it.

So buddy comes up and is ready to pay here's how this plays out.

Me: Because this is Canada.

Guy: Yeah I know that! But why don't you?

Me: It's our store policy, you could use a credit card if you want.

Guy: No I don't wanna use that up here.

Me: Okay well there's a bank across the street that could exchange it for you.

Guy: Why should I have to do that? You know (store name) and (other store name) accepted my money, why can't you guys?

Me: Well yeah some places do under their policy but most don't because this is Canada.

This was about a 5 to maybe 7 minute back and forth conversation with me explaining a bit more about why we don't and how he doesn't care about exchange and that we should just take it cause it worth more anyway. Yeah okay it is, but I still can't take it.

Guy: Really? You guys should put up a sign in the window saying you don't, so people don't waste their time.

He then soon left, without his goods. But I still can't help but feel a dumbfounded by that interaction. A sign really? Why should we? I've visited The States many times and I always make sure that I'm carrying US cash. It's their nations currency it should be expected to use that over what ever else.

Also I don't know why he was adamant about not using his credit card. Can any American explain that to me if there is a good reason or is he just being stubborn? I've never attempted to use mine down there though didn't think it would be a big deal if I had to.

I'm from the US and I visited Italy once. There was an extra charge from the credit card company to use it internationally. It might have been the case here and he was just being a pain.

I'm American and there are a few reasons. First is the credit card charges for doing the FX. They never give fair exchange plus charge a huge fee. But, if he knew that he'd never have crossed the border without Canadian cash. A second reason is someone that could have seen his credit card statement didn't know he was in Canada and he was trying to hide it. Most likely is reason three. He's an entitled douche and the type that embarrasses citizens like myself. SORRY ON BEHALF OF ALL AMERICANS WHO KNOW BETTER.

As a NYer who lived 20 minutes away from Canada, our banks never charged us for using credit/debit cards in Canada. It's just a really stupid idea for them to do so, as it would seriously hurt boarder relations. In fact, on both sides of the boarder, they typically advise you to use your card if you encounter a place with high exchange fees, as banks and credit cards typically just charge you for the actual exchange rate for that day.

It's possible he hadn't expected to use it outside the country, and didn't notify his bank he was traveling (most banks will reject international transactions if you don't put in a travel notice beforehand - for good reason).

It's possible he didn't want a paper trail showing he was out of the country.

It's also possible he didn't actually have a credit card, and couldn't get one on a bet with somebody else's money, and didn't want to admit it.

But I think entitled douche is most likely.