Crappy Design: For The Dud In Your Life
Customer Orders Burger with Lettuce Instead of Bun... 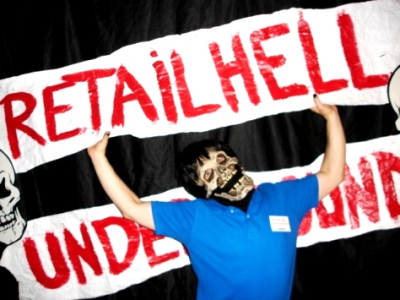 This story happened a few years ago when I was working as loss prevention at a big box retailer. I watch this guy grab a bundle box, which at the time came with a laptop and a few accessories. He takes it away from the computer section and into an aisle where he proceeds to open the box and pull things out. After seeing this I alert the other employees and have someone go talk with him. As soon as an employee gets there he picks it up and heads towards the exit which is where I’m at now. When he gets to me I ask for a receipt and of course he doesn't have one. He is very drunk and has a thick foreign accent. He tells me this is his and he brought it in for repair because he ran over it with his car. I say wth and play along. I send him to tech support. He gets there,talks to the employee at that desk and puts the box on the counter.

The employee takes out the laptop with a puzzled look and sees its perfectly fine and brand new. Tech support gives it back to him and again he tries to leave. I take the box out of his hands and asks if he has anything else that doesn’t belong to him. He lifts his shirt all the way up and then almost drops his pants to prove he has not taken anything else. I’m trying to hold in my laughter and everyone in the store is watching this guy with amazement. He pulls his shirt back down and his pants up and runs into the parking lot.

I follow at a brisk walk as he is a short heavy set guy and doesn’t run fast at all. He makes it to an suv that is already running and before he opens the driver door turns around, sees me, and runs out of the parking lot and straight across a four lane, very busy, highway. Cars are slamming on their breaks and he somehow makes it across uninjured. Cops arrive later I tell them what happened and point them to the vehicle that is still running in the parking lot. They check the vehicle, they find the wife asleep in the passenger seat and two young kids below the age of ten in the back seats. The drunk guy eventually returns and is arrested