Tales From The Clinic: Curing Ringworm 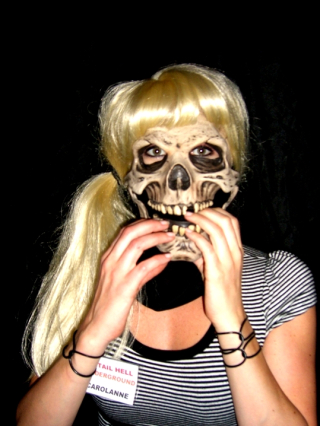 Recently, I had this 22 year old come into to our clinic.  And I won the lottery to see him.  His chief complaint was a rash on right forearm that had been there about 2 weeks. This was his first visit for the issue, and hadn't had anything like this before and was worried.

When asking about prior skin issues, he told me he looked up his symptoms on Webmd, and thought he had ringworm.

So I take a better look at his arm, and it looked like a mild second degree chemical burn in a rather circular shape, with blisters on the edges.

I made the mistake of asking how that happened.

He told me:  "Well that's the burn I got from the bleach I poured on my arm".

When I asking him WHY he poured bleach on his arm:

"Well how else was I going to kill the ringworm?"

It's a common mistake for non-medical people to think that "ringworm" is an actual infestation. And there are home remedy treatments out there saying to use bleach, so this isn't as stupid as it initially sounds other than not knowing how to apply bleach properly.
https://www.livestrong.com/article/31285-kill-ringworm-bleach/

Or, you could get some athlete's foot cream at the drug store and kill the skin fungus with actual medicine.