Entitled Customers: A tractor, a muddy battery, and I don't do windows either
Crappy Design: Wish Milk!

Toxic Managers: Oh so you can call in, but I can't? 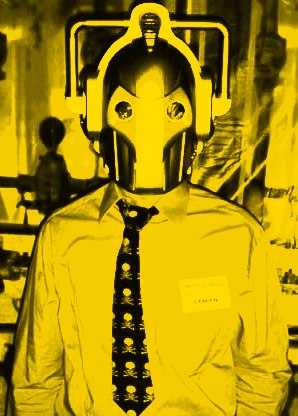 From  tattooedAngel21, Tales From Retail:

Working retail is stressful, annoying and tiring, but it's a job I chose so those are the consequences to it.

I've been working at my job for about 4 months, I've called in once due to being sick. I take other peoples shifts all the time, come in earlier than my scheduled shift (5 hours earlier) and I come in on my days off. One, because of money and 2) because I don't want them to be understaffed. I do them favors and you know what I don't expect to be guilt tripped when I call in. Yesterday I felt so emotionally and mentally drained because I hadn't had a day off and I was exhausted. Playing factors is that I have depression too, I'm medicated but sometimes I just can't deal. So knowing I felt sick, exhausted and everything in between I told my manager I might not be able to make it in tomorrow, but I would try to get someone to cover me, but if not I couldn't make it in. My manager said, "no you can't do that." Like excuse me?? I dedicate my days off and come in earlier to help you guys out and you're telling me I can't??

This manager calls in all the time for medical excuses. And honestly my disorders are considered that too, PLUS my store manager knows about my depression and said I can "call in if I'm not well." I literally gave them a day notice and she has the nerve to tell me I'm not allowed too??? I hate the double standards with my managers and it's not fair. Just because I'm reliable doesn't mean to treat me like don't have a life outside of work and sometimes I'm not well enough to go in.

The reward for working hard has always been more hard work.

You will never win you just have to be better at the game.

I learned to stop saying yes all the time..... I was a dept manager at a big department store. ANY time any of the other managers needed a shift covered or wanted to swap shifts, I agreed to do it because I was a "team player". You know.... rah rah... "we're all in this together".... blah... blah. So after about a year of always being the go-to person for everyone, one time I needed a day off. I asked every single one of the other managers to take my shift and every single one turned me down. I stopped taking anyone else's shifts after that.

And that's when you start being unavailable on your days off. "Hey Mindy, I know it's your day off, but can you come into work today?" "No sorry, I have plans already today". Just don't tell them the plans are to sit on your couch all day and binge on Netflix.

SS we're all in this together unless it's you.