When You Order Something with Same Day Shipping
Amusing Amazon Reviews: This Took me A Second, Then It Just Hurt My Head

A black hole of stupidity 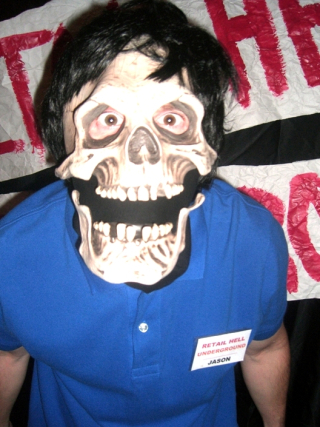 This isn't really a retail story, other than we're a retail store, but sometimes you just gotta vent.
We had a store that desperately needed an upgrade to their internet speed. (Well, really, we have about ten stores that need it, but this one far more than the rest.) OK, this isn't rocket surgery, so I put in a request to our telecommunications provider to get a quote for an increase to approximately seven times the current speed. Once the Powers That Be stopped choking at the price, it was determined that it was actually a pretty fair deal, and included an automatic 4G failover service in a package deal (that has delivered as promised - the only reason we know we're offline is that I get an email telling us we are).
However (if there wasn't a however, you wouldn't be reading this) . . . our telecommunications provider, while a major, national company, is not a Baby Bell. You see, the infrastructure - the wires buried in the ground, or hanging from phone poles - all belongs to the Baby Bells. Faster internet speed, in this case, means switching from twisted copper pairs to fiber, because *everything* is switching to fiber these days, as well it should be. Plus, the building is over 70 years old, and there simply aren't enough working twisted copper pairs available for the speed we want anyway. And that means our provider working with Baby Bell to get said fiber pulled into the building. This still isn't rocket science. Or so I thought.
Issue #1: It took *eight* *months* from the signing of the contract for final delivery.  I'm guessing we actually got off lucky on that.
Issue #2: Baby Bell wanted - not unreasonably - to pull the fiber off a particular phone pole that is about six feet from the upstairs office in the store. Our phone equipment (and the original point of entry) is at the other end of the building (technically, three buildings away - we've expanded the store three times over the years by taking over adjacent buildings), about 150 feet away. These two places have to be connected in some way, and since it's inside the building, it's our responsibility. Expensive, but that's life. Baby Bell is (again, not entirely unreasonably) concerned that their expensive, hard to fix if it gets gnawed on by rats, glass cable be properly protected, which means conduit. That there's actually four buildings (with structural walls between them) means it has to be run outside the building, which means steel conduit. Very, very expensive. They gave us a "letter of requirements" detailing everything they wanted, from the weatherhead outside to the pull box, to the plastic sleeve inside the conduit with a pull rope to the dedicated electrical outlet for their exclusive use. Problem: They didn't mention the 150' run of very expensive conduit they wanted. Not in the letter of requirements to me, not in the documentation to our electrical contractor, and not in the four or five telephone conversations between the contractor and the Baby Bell project engineer. Hence, it didn't get run, and instead of 150' of conduit, we had about six. This was all about six weeks before the scheduled delivery.
Issue #3: I knew this conduit run was expected from talking to Baby Bell's on-site surveyor, but didn't personally inspect the installation until about three weeks before delivery, which was when I discovered it wasn't run. Crap.
Issue #4: Because all the other work they were doing was at the new point of entry, the electricians assumed the dedicated outlet went there, so they installed it 150 feet from where it was supposed to go. Despite it saying clearly on their work order "on the phone board." (They're better than this. They really are. We've done business with them for decades. My theory on why they screwed up becomes clear below.)
Issue #5: Baby Bell's contractors show up to actually pull the fiber cable into the building. They noted to the store manager that things weren't quite what they expected, but hey, what the hell, they got it covered. So they pull the fiber into the building and terminate it immediately, 150 feet from where it was supposed to go. (And claimed that's what their work order said, and that the guys who install the electronics would install a "fiber jumper" to where it needed to go.) This was the point at which I became aware of how screwed up everything was. This was also when Baby Bell's project engineer found out about this particular issue. He was not happy, because he couldn't blame it on me. 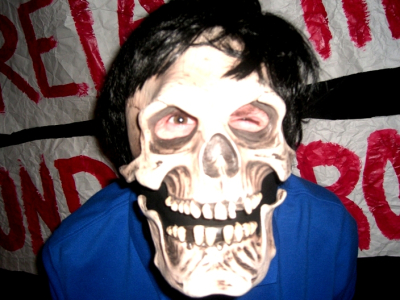 After consulting with the Baby Bell project engineer, it became clear that a) they would not be able to deliver the circuit at the end of the building it was supposed to be delivered to on schedule, and b) this guy was so stupid that when you talk to him on the phone, you become stupider. Things were becoming clear to me at last, despite being stupider, having talked to him.
So I called the project engineer at our telecommunications provider to update him, since it looked like there would be a several week delay (and we were *not* happy about that). And just shooting in the dark, grasping at straws, throwing cupcakes at the wall to see if the frosting would make 'em stick, I asked if they would be hooking their equipment up to the fiber circuit that Baby Bell delivered to them via a standard cat5 network cable. "Sure, as long as there's room for our equipment on the backboard, there's power, and it's not over 300 feet away." Wait, really? Cuz we already have a run of cat5 cable between the phone closet and the office that I can free up by moving the firewall to where it really should be anyway. "No problem." (I will note that, to the best of my knowledge, at this point the project engineer had not yet talked on the phone to the Baby Bell project engineer, so he hadn't - yet - been made stupider. When I pointed out to him that, so far, he was the *only* person who hasn't screwed something up, he said "Give us time." At that point, I needed the laugh. I'm still not sure he was joking.)
So we were able to accept delivery of the circuit in the wrong place, and save money.
Issue #6: Talking to the field tech from Baby Bell, on her way out to actually finish installing the electronics, she was unsure of where said fiber cable actually connected to. Half her paperwork indicated it was connected to one exchange (the correct one), the other half said it was connected to a different exchange (and this was the paperwork filled out by the people who actually did the work). She wasn't sure if there would be any light coming out of the little magic glass fiber when she got there. (Apparently, there was. Or maybe they just updated the routing to reflect what was actually installed. But it worked. Yay.)
So, in the end, this clusterf*ck was such a black hole of incompetence that it became a singularity, sucking in all the errors, and all the stupid canceled itself out. The project engineer was stupid enough to make everyone else stupid, and everybody screwed up in the same place, including the electrician who accidentally installed the dedicated outlet in the right place. And the final bill was several thousand dollars lower than it would have been with the extra 150' of conduit, and the firewall is now where it actually should be. We accepted delivery of the new fiber upgrade on schedule.
And, not that I needed it, I have a very powerful reminder of why we do not do business with Baby Bell.
Addendum 1: We got a letter about early cancellation fees for the old T-1, despite the fact that with an upgrade, it doesn't work that way. Our account rep couldn't even figure out *how* it was sent, much less why. (He fixed it in short order.)
Addendum 2: The analog line for the burglar and fire alarms was dead. Note that this was not on the T-1, nor connected to it in any way. But Baby Bell managed to kill it, even though it's not their account.
Side note: We just signed a contract to do the same upgrade at another location, involving the same Baby Bell.
--Goober

Aren't monopolies fun? Why should they bother doing good work? It's not like you can go anywhere else...

This sounds like doing business with Telekom here. For years, I tried to get them give me a quote about installing higher speed internet at our HQ. Eventually they just stopped responding to me and I kind of gave up. Years later, a service tech came to investigate some phone issues so I brought up the topic to him and he said don't waste time with quotes, simply order the service and they'll send someone to figure out the "how". I did as he suggested and indeed they sent an engineer who found a route, so I ordered the service. Then, they contacted me requesting a permit from the owner of the nearby parcel to allow a cable pulled through their property. I reminded them to that, our phone cable and DSL service is already coming through there so it don't quite make sense. They insisted, so I got a permit. Then they brought the cable to our gate, and failed to actually connect it up because they weren't able to lead it through the existing pipe from gate to door. I had to get contractors who did it in about half an hour. From that point it only took another appointment to actually hook up a modem on the end of the cable, and by some miracle it's working since (mostly). In overall it only took a couple years. Latest news, I ordered a speed increase, which also took them half year to proceed with.