Vet Signage Shenanigans: A Horse Name Mayo
Walmart Understands Their Customers' Needs for Back To School 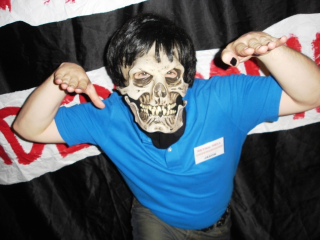 I felt like an afternoon pick me up, and the nearest place to my work is one of those gas stations that sells all kinds of coffee; lattes, frozen, iced, etc. All the prices are posted on large signs over each of the "stations."

I make myself an iced coffee, and bring it to the front.

He gets all snarky and tells me, "No, it's a little more expensive than that."

I tell him that the sign says 99 cents, and he again snarkily tells me it doesn't.

He then just gives a big sigh, voids the transaction (making exaggerated motions the whole time and acting like I had demanded his first born) and gave me my correct total without an apology, or even an "oops."

I guess I was supposed to apologize for expecting to pay the posted price?

This wasn't by chance in New England, was it?

Good on you, standing up for yourself and making that clerk eat crow. (applause)