Bad Customer Service: “You Tried To Kidnap Me!” 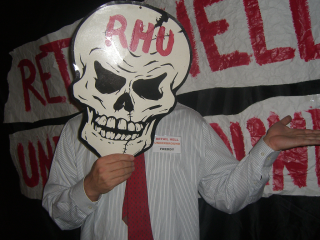 My husband used to meet with a group of men from church at a popular Canadian coffee chain every Friday morning. He is an immigrant from a far-off country. At the time, he and I both worked from home and were such home-bodies that the only time we weren’t together was during this 90-minute time period on Friday mornings.

This specific ill-fated morning started out the same. He ordered the same thing he had the week before when the young, very overweight woman working the drive-thru looked at him and started freaking out.

“You tried to kidnap me yesterday!”

My husband was very obviously confused, denied knowing what she was talking about, and continued to wait for his order. She made a huge commotion about how it was undoubtedly my husband who tried to lure her into his black car the day before in the parking lot just outside. My husband was understandably upset because where he is from, you are guilty until proven innocent. The police often beat the confession out of you, He just stood there confused as to what was going on.

When his food was ready, he and his baffled friends went outside to eat and talk. About five minutes later, the police pull up and begin questioning my terrified husband as he wondered what I would do when he got deported for this.

Cop: “Where were you yesterday?”

Husband: “At home with my wife.”

Cop: “Come on, just tell the truth. Where were you?”

Husband: “At home, on the other side of the city, with my wife. I never left the house.” 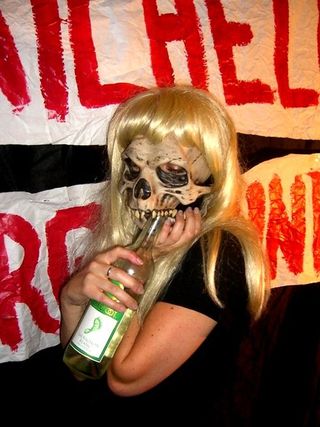 Cop: “What type of car do you drive?”

Husband: “That silver one over there.”

Cop: “Let me see your license and registration.”

Cop: “What are you gentlemen doing here this morning?”

The police continued to question him and his friends, but slowly began to realize that my husband did not in fact try to kidnap anyone the day before. The car didn’t match the description and all she had described him as was "a dark-skinned man with an accent."

Once he was cleared, no apologies from the coffee place were to be had. I posted a review in hopes of someone from the Canadian coffee place would acknowledge that that was pretty crappy and apologize.

Instead, the review was deleted.

I may repost the review, but I’m not sure how to keep it from getting deleted. The coffee place is a popular franchise, and I have heard of popular locations working with review websites to get rid of overly negative reviews. I kind of felt powerless.

We didn’t try corporate because I thought they would respond to the review. Once I realized the review was deleted I kind of gave up on it. We cut our losses that day and have never returned. The guys started meeting at a popular donut store next door after that.

It happened a couple of years ago, so he’s over it for the most part.

Why do I think this alleged near abduction never happened and this worker targeted the husband because he was foreign?

That's precisely what I was thinking BH.