Customers Complainin': Do You Know What A Train Even Is?!
Unforgettable Store Names: Which Quotes Would Be Applicable For This Place? 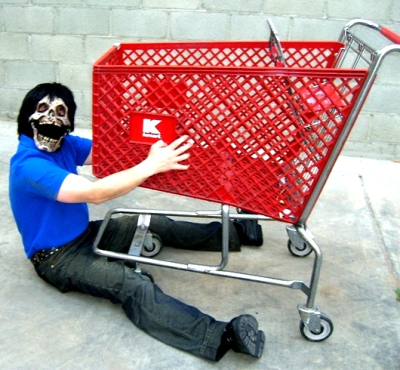 From u/SugoiPanda Tales From Retail:

So this happened a while back. I was at work, pushing carts, and most of the people were either just indifferent or jerks (nearly getting ran over is just a part of the job sadly). Well anyway I was using the machine and we only had like 2 maybe 3 cart guys at the time. So I'm hitting rows and usually some people will take their cart and go ahead and put it on the machine, and I'm grateful for those people.

However, when I was pushing some carts on this one row, this kid probably 10 years old, took the empty cart and pushed it over to me, so I grabbed it and said "Thanks little man".

Well next thing I know, he's in the corral grabbing more to put on the end. So I grabbed what he handed to me, and he went back to his family. I move the machine up a little so I can get the next corral, then the kid comes up with another cart that his family had used.

He saw how I was pushing multiple carts so as I added the carts to machine he went to try and push multiple carts at a time as well but he was struggling with it, so I said "I appreciate the help, but let me get those, you can grab that one." and he grabbed another single cart. Got done and said "Thanks for the help."

So nicest person on the lot, was the 10 year old kid.