Bad Customer Service: Slow Service...
The Entitlement Complex: Seriously, Why Even Mention It?

Grocery Store Hell: Lady tries to steal, and throws a tantrum when confronted, making things worse, ending up in a police car 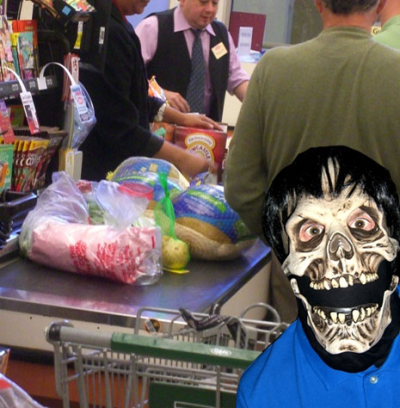 From u/thehorsefromnl Tales From Retail:

I work as a cashier/shift manager in a grocery store. In our store, people need to bring produce to the register, where we will weigh and price it for them, or just scan the item when it is individually priced. One of these items is lettuce, which comes in opaque bags with an open top. A middle aged lady, we'll call her LL for lettuce lady, loads all of her groceries on the belt, and I start to scan. When I reach for the lettuce, I feel something strange, it turns out lettuce lady had stacked 3 lettuces inside this bag. When I confronted her, she said she just grabbed the bag from the shelf. So I called in our produce clerk (PC).

Me to PC: this lady said she found a bag with 3 lettuces stuffed inside, isn't that strange?

PC: Yes it is, as lettuces are only sold individually (LL starts to turn red)

LL: (classic incoming) I want to speak to your manager immediately.

I proudly introduce myself as manager to LL, which made matters even worse because she just threw a tantrum a 3 year old would be jealous of. The tantrum started with tearing off the bag with her teeth, and throwing the lettuces to the floor, smashing them with her feet, I tell her to calm down, which only works as fuel on her already raging fire.

She then starts to throw things from the belt into the store. This was the point where I called in security, and told PC to phone the police. This makes her more angry, so when security arrives, she f*cking spits all over our security guard and my register, and tries to punch both me and the guard in the face. The guard eventually manages to tackle LL and keep her immobile until police arrived.

She then was arrested. When she was dragged out of the store, she starts to scream things about our customer service all over the place. She ended up in the back of a police car, because

Tl;dr woman tries to steal freaking lettuce, and makes such a big fuss, we had police come over to arrest her.

"You're really going to do this over a dollar 50 worth of lettuce? Does your mommy know you're out of bed?"

..and that's a classic example of how someone can escalate a small problem into a big one out of pure stupidity.