Unforgettable Store Names: I Wonder How many People Lie About Being The First Part
Hershey Canada's "4:25" Oh Henry Bar

Retail Hell Memories: Why would you be proud of doing that with your ID? 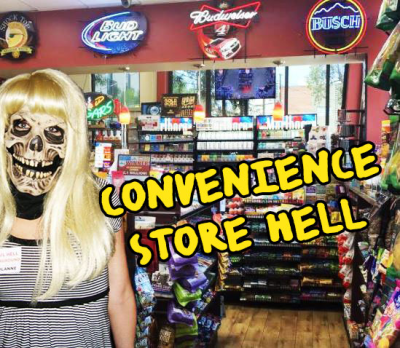 From u/backingawayslowlynow, Tales From Retail:

I once worked at a convenience store, that had an ID everyone policy on tobacco products.

One day, two guys come in, and ask to buy some cigarettes. For clarity we will call them ID Guy and Proud Guy. Proud Guy is telling ID Guy what to buy, so I tell them I have to ID them both, since the one is clearly paying for the other.

First guy is looking at him weird, and so am I because why would you be proud of that? I mean this guy was REALLY proud of this fact, like he had figured out how to trick the system or something and whatever was I, a lowly cashier, going to do now.

ID Guy: "Dude, what are you doing? I know for a FACT that you have ID. You had to use it to get into the club a few weeks ago, so you need to just show it already."

Me:" If you have ID, you need to show me, because if you don't, I can't sell anything to either of you in the realm of tobacco products today, at all."

Proud Guy's face falls, and he starts to lose a bit of his smug demeanor.

Proud Guy: "I could just leave and you could sell it to ID Guy!"

Me: "No, I can't. You are clearly here together and I heard you both talking about making this purchase."

The ID Guy is losing his patience at this point.

ID Guy: "Just show your ID already, we have places to be!"

ID Guy: "What do you MEAN you don't have it anymore?"

Proud Guy suddenly swelled with pride again at this, as though he was about to tell us both a great thing in his life he was keeping secret. Like winning the lottery, or getting into a prestigious university.

Both ID Guy and I look at him for a minute and simultaneously said: "WHAT?!?"

Me: "I have to agree with him, man. They are going to steal your identity, and you're going to be pretty fucked, if you're not already. You should really call the police, and your bank, and probably do a credit check to figure out the damages so far."

ID Guy takes his ID back from me, shakes his head, and pulls Proud Guy out of the store, with Proud Guy looking like he is about to cry.

I never saw Proud Guy again, and I never asked ID Guy about it when he came in a couple times after that.

Oy, what a dumbass... He probably just figured they'd use it to get into clubs, totally innocent of the fact that a good enough for that fake ID is probably much less...

Some people are bafflingly, mind-numbingly stupid.