Retail Hell Memories: I’m so sorry about him 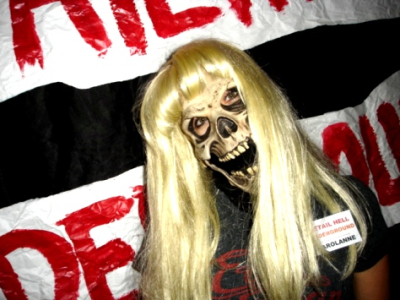 From u/pigontherun Tales From Retail:

I’ve been working retail in the same jewelry/accessory store for 3 years. One day, last winter, I saw this cute little older couple that seemed like they were having a hard time finding something so I went over and asked if they need help. The wife showed me the headband in her hair and said, “I need more... all that you have, just like this.” Unfortunately, I didn’t see any on the sales floor, so I told them that I would check in the back. The husband said, “thank you, my name.”

I thought it was a little out of the ordinary that he referred to me as the name on my name tag, since no customers ever call you by your actual name.

I came from the back and told them that we had no more of the headband she wanted in the back either. She was a little disappointed, but I showed her some different ones that she settled on buying instead. After I checked them out, right as they were about to leave, the husband stopped and looked at me. Before I could ask if he needed help with anything else, he asked if it was alright if he gave me a hug.

I was a little confused, but I think we’re all used to dealing with strange things in retail. Also, I didn’t think he was hitting on me or anything like that, especially since his wife was standing right next to him so I agreed and gave him a hug.

He said, “Goodbye, my name” and immediately darted out of the store.

At this point I was just staring at his wife, who then said, “I’m so sorry about him... our daughter died in a car crash a few months ago. She had the same name as you. While you were in the back he was saying how much you reminded him of her.” She then pulled out a picture of their daughter from her wallet to show me and I felt like someone had just stabbed me in the heart.

That went from almost creepy to sad sweet. It was a good thing the wife paused a moment to explain things though, or the poor guy probably would have been branded a creep and you would have been left with a bad feeling instead of a good one.

Dang, that's so sad. I was thinking creeper, but then it hits you in the feels. Feel so bad for the old guy.

Count me into the group that thought creeper at first and then had the Feels.

For years after my father died I'd meet his cousin in a retail store and they had always looked so similar, I dreaded and awaited to see him.