Tales From the Mechanic Shop: The Walker Crying Wolf 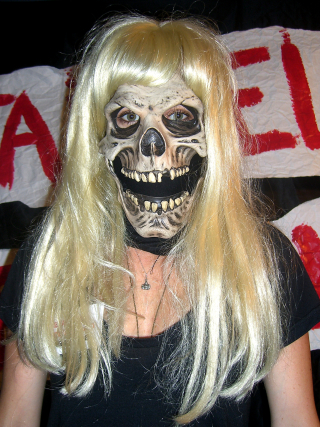 Ok, I'm going to preface this by saying that, in general, I love my job and enjoy the people I work with. HOWEVER...I seem to see the world in a slightly different light than my coworkers, which isn't that much of an issue except in cases such as the walker crying wolf.

There is a gentleman who walks around the neighborhood on a regular basis. I used to think he was walking for exercise and because he didn't have a car, (our bus system isn't the best) however in the past year, he has wholly devolved. He is completely unkempt, wears dirty clothes that don't fit the season (such as a full on sweat suit three weeks ago when we had a heat index of 115F), and his brisk walk has become more and more of a slow trudge.

He came in around the middle of June and asked us to call 911 because he was having chest pains. Of course, I was right on the phone, got paramedics there, and he was gone again. Afterward, my cashier, I'm gonna call her Loudy, tells me he was in twice before earlier in the year for the same reason. I shrug it off because that ain't my business. If he needs 911, he needs 911, doesn't matter how often he's called it before.

Well, he has come in three more times since then, and once more when I wasn't there, asking each time for 911 for chest pains. At this point, I'm sure he's non-compliant with whatever medication the docs may be putting him on, but that's not my business. Once he's gone this last time, the guys in the back are like "Stop feeding the stray dog!" and I am completely baffled. Our head mechanic, I'll call Engine, is sixty some odd years old and is grumbling about the guy wasting his tax dollars and what not. Well, it turns out this walker is a bit of a freeloader, might possibly be homeless, and might perhaps be a drunk. He has what appears to be a club foot, which slows down his walking. My coworkers all swear he didn't have it when he was younger but at least since 2013 when I started working there, I've seen him with his foot cocked out sideways and practically walking on the side of it. Supposedly, someone saw him and gave him an old walker they were going to donate anyway, and he immediately sold it for beer money.

What I cannot get through my coworkers' heads is that I don't care how often this guy comes in crying wolf, I'm gonna call 911 every single time. I mean, this last time the ambulance got there a half minute ahead of the fire truck, the fire truck driver saw who the guy was, and immediately drove off again. I don't care. Because the one time we ignore him, tell him to go somewhere else, whatever, will be the one time he isn't crying wolf and the shop can't afford that. We run on reputation, and how good do you think our reputation is going to be for letting some guy die in our parking lot? And that's not even taking into consideration the possibility he has family somewhere that may be more than happy to sue our tails for negligence or whatever!

So yeah, cry wolf. I'll come running every single time if it means protecting my shop.