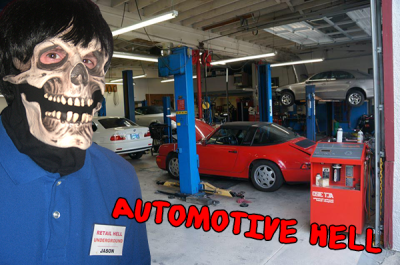 "A penny wise and a pound foolish." I've had several customers like that, but this one just took the cake.

This customer is an older gentleman with a 1977 Mercedes convertible. He is CONSTANTLY grouching about our prices and has been saying for a good half dozen years he's going to sell this Mercedes, but lo and behold, he shows up every spring or so with something to fix on it. Personally, I think the reason he can't get it sold is because he's asking $7500 for a nicely painted bucket of rust, but that ain't my problem.

What is my problem is when this vehicle suddenly gets towed to our shop on a swamped Monday morning. It won't run. It'll start, mostly, but it just won't stay running. Ok, first tests show the battery is no good. We need a reliable battery to diagnose anything else. The old skinflint won't let us put a new battery in it. He has AAA come to bring a battery because apparently, it's free for him or something. Fine, that's fair, though I prefer our Interstate batteries to anything else, free is free. But AAA won't get there until the next day.

So Tuesday afternoon the battery finally shows up, but it's something like 3:30 by the time the guy pulls in. So a half hour to install the battery because, as I mentioned previously, rust bucket, and my guys are busy knocking out the last jobs of the day so the convertible doesn't get any other check that day aside from "Good, it's got good power now."

Wednesday we finally get this thing diagnosed. The fuel pump is going out. My boss writes up an estimate and gives the guy a call. Fuel pump and filter are going to be about $650. Oh no, that won't do "That's as much as I'm selling the car for!" Nevermind the fact he left the For Sale sign on the floorboards with the clearly marked price. So he decides he's going to buy the parts himself and have us install them. Fair enough, it'll save you about $100 on those parts, depending on where he goes. The problem is, the older the vehicle, the more difficult it is to find the correct part. I should know, having a '79 Datsun myself. So the computer might tell you that yes, this is going to be the correct fuel pump, but when you get it, it's wildly different and won't work on the car. Oh, and it takes at least a day to get the part, regardless. Well, that's what happened. 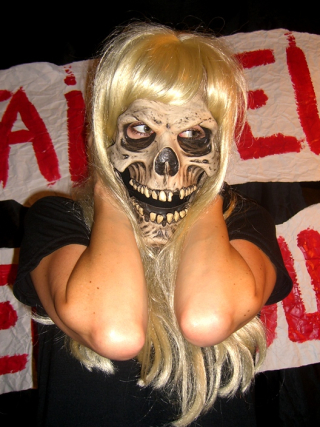 Thursday afternoon rolls around and in comes Mr. Pennywise with his parts. Great. We'll get to it tomorrow morning because we're already full up again for this afternoon. Friday morning, push the Mercedes onto the lift, send it flying, pull the fuel pump and...we have the wrong fuel pump. What we pulled looks like a soup can and what he gave us is no bigger around than the cardboard roll for toilet paper. And there was no way this was an update or a retrofit because the fittings weren't the same either. This was hands down the wrong part.

By this time I was done with this hunk of junk and just wanted it off the premises, so before I called him I worked my wizardry and managed to find exactly the correct part. And it was in town! It was five miles down the road. We could have this done today.

Oh no, that wouldn't do for Mr. Pennywise. He came back down to our shop to see the differences between the two fuel pumps, GRUMBLING THE WHOLE TIME ABOUT LOSING MONEY BECAUSE HE HAD TO CLOSE HIS ANTIQUE SHOP. He then hung around our shop for a good hour, making calls back and forth to get the wrong part exchanged for the right part because the shop I found the correct part at was 'too far away.' Well, the correct part won't be in until Saturday. Guess what? We're closed on the weekends!

Monday rolls around, and he brings us the new new fuel pump and thank all the little retail gods it was correct. We get it on that afternoon and...nothing. Zip, zilch, zero, nada. This occasionally happens, especially with parts for older vehicles and remanufactured parts. Some little hiccup in the remanufacturing process, it sits on the shelf too long, the blue smoke escapes the magic box, I don't know. It's just one of those things. Now when we order the parts, we call up the store and get a new one coming, no harm, no foul. But we warn customers of this when they bring their own parts; if the part they bring us doesn't work, we will have to charge them the labor again. They may be able to get the labor refunded from the store they bought the part from, but they have to take it up with them.

I'll bet you can guess how well that went over with Mr. Pennywise when my boss called him and told him. I'm honestly surprised the old geezer didn't have a stroke right there with the way he was hollering, and we parked the car, fully expecting a tow truck to come and get it.

Tuesday morning, I got to see his 'smiling' face, bringing us a new fuel pump. Before I accepted the part, I made sure he understood what we were going to be charging him and that if this part didn't work, it would cost him labor again if he wanted us to try again. He accepted all that and even paid for what we had already done.

Thank all the little gods of retail that the third fuel pump worked, and the car was gone that afternoon. But I very much wanted to ask him how much profit his store made in an hour because between having to pay for the labor twice and all the time he had to close his store to drive around for parts, I'd be willing to bet he essentially racked up a $1000 bill, just to 'save' $100.

And if you're curious, here's a picture of a much better-kept version of his car. https://www.schmitt.com/inventory/ds-1977-mercedes-benz-450sl-convertible-3/