Toxic Managers: Manager makes me grovel on the phone 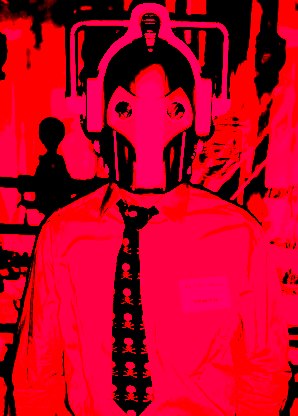 Since I never thought I'd have to deal with the same problem again for formality's sake just call me Zeckney. Considering the way things are going this might become a daily occurrence.

Where I work schedules are posted the week of, for that week alone. So scheduling conflicts are a common occurrence. As well as changes to the schedule without notification leading to a lot of no-call no-shows. Leading to calls on the other employees days off to pick up the extra hours. It's a lax environment so no one ever gets fired, but that has lead to people abusing the system.

Didn't have this problem before with the old management. Where they would give us our schedule three weeks in advance, but that's a different story

Backtrack to the beginning of the week, and I'm swapping days with another employee so i can attend an appointment that was set up prior. Manager signs off, and I thought it was all good. Should have known better considering who I was switching shifts with.

Not to get too descriptive, but picture the typical feminist stereotype. Size of a whale, multicolor hair, disgusting BO. customers complain about the them all the time for their stench. Yet nothing has been done. Lets call her Deodorant, because they've probably never used it in their entire life.

Deodorant decides to go home early, because of an upset stomach.

Manager #4 lets them leave. They count out their drawer. I cover up front, and snag some extra hours. No problem.

Deodorant clocks out. Doesn't go home. Buys three bags of potato chips, and eats them in her car before driving home. That should have been my red flag.

Speed foreword to some time after my appointment. I get a phone call. It's manager #2. They want to know why i wasn't at work. Explain that i traded shifts with Deodorant. They take another look at the schedule, realize their mistake, and apologize. No big deal manager #2 is nice about. End of problem.

Foreword to next day. Here's when their short sightedness about scheduling leads to problems. So i call to get my schedule, since it takes me over an hour to get to the store. As well as complications from my appointment leaving me physically unable to traverse at the time.

Deodorant picks up. I ask for a manager. Hands the phone over to them. It's manager #4. They sound really annoyed.

Me - Hello this 'Zeckney'. I'm calling to ask about my schedule. I just want to know when my next scheduled day is?

Are you kidding me? She really wants me to beg for my schedule?

Me - Hesitantly and confused Please?

I really didn't know how to react to that.

At this point I'm just dumbfounded.  Then proceeds to drop the attitude, and give me my schedule. Spouting it off so fast that when I asked if they could repeat the last day they snapped at me. Giving it to me with a snobbish flare in their voice. After repeating it even faster than before she hung up on me.

I don't know if they were busy or anything, but even then that's no excuses to act that way on the phone with another employee.

At my former McJob, we had people call in ALL of the time for their schedule (the whole schedule too, not just the next day they worked). It got to the point where we made it policy not to give out the schedule over the phone, as every so often the employee would say "Well, Malcolm told me I was in at ten!" when really they were supposed to be in at 9. People were PISSED that we started enforcing that policy of no-schedules-over-phones, but it's not like the OP's situation where the schedule just came out, etc. The schedule would be out for days and employees were just lazy pieces of shit.

That manager needs to go NOW!