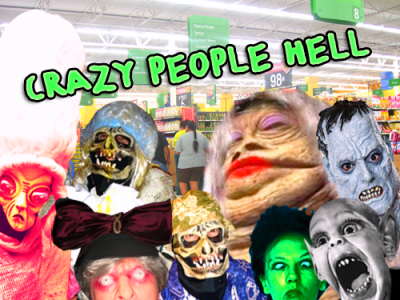 From u/MeAmsI Tales From Retail:

So up untill a month ago I worked at a meat/seafood counter as a butcher. I loved my job and worked there for ten years, but the company got bought out and everything changed management wise. So I put in my two weeks notice and found a different job away from retail.

Before I left, we used to have this regular customer that would come in three to four times a week to get salmon and chicken tenders for his cat. Now, this guy was always super difficult. He only wanted meat from the back or try and have us break open one of our vac sealed packages from the shelf. He never spent more than five dollars and was super picky about what he would and wouldn't buy.

My store offered the option to have meat and seafood smoked upon request. But you had to place your order at least two days ahead of time because the two departments shared a smoker and we can't smoke meat and fish together for cross-contamination issues.

This gentlemen had recently found out about our smoking services and thought that if he called an hour ahead we would smoke his fish, regardless of whether or not things were already in the smoker. I should also mention that no matter what you are smoking, it takes a few hours. The smoker only gets up to a temp of two-fifty. So I talked to him a few times about our special orders policy. Told him that if he wanted smoked items then he would have to place a standing order and that we can't do special smoked orders on weekends due to catering orders that come down from corporate.

Corporate sent a letter to us telling us to try and make this customer happy even if it means making other people sick. I told the customer that I would not make people sick no matter what corporate told me and that I would call the health department and use his letter against him and the company.

I will not make people sick just for a few dollars,or for some stupid corporation.