Ice Cream Shop Hell: "Is your mint chip made with vanilla ice cream?" 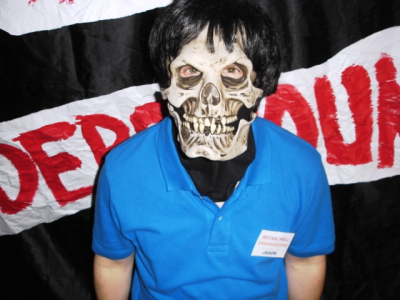 From u/soupor_saiyan Tales From Retail:

So I work at an ice cream shop and have many tales from my several years working there. One that stood out for me today was a man who didn’t seem to know what mint ice cream was.

I was serving him and his wife and out of the blue he just asks me this question: “Is your mint chip made with vanilla ice cream?”

I was baffled by this but I responded that no it was made with mint ice cream. He then went even further by exclaiming “Oh! How silly of me-” (I was briefly relieved that he had realized his mistake until the next couple of words came out of his mouth) “it must be made with chocolate ice cream then, right?”

At this point I had my mouth open in awe of this man's sheer stupidity, but I managed to with a straight face tell him again that no, our MINT chocolate chip was made with MINT ice cream.

He seemed to realize that he wasn’t going to get the information of if our mint ice cream was made of chocolate or vanilla out of me so he ordered a different ice cream that he could wrap his head around - plain vanilla.

Mint Chip I would expect mint chocolate chips in any type of ice cream and ask the ice cream flavor. I'd also be making sure what type of mint it was.

Huh. I have understood all my life that mint chocolate chip ice cream is peppermint flavored ice cream with chocolate chips, and it's an extremely common flavor. Maybe it's a regional thing?

"Still, on the other hand, water is water. And east is east and west is west and if you take cranberries and stew them like applesauce they taste much more like prunes than rhubarb does. Now you tell me what you know." -- Groucho Marx

Depends on the brand too, I think...most often I've seen it as violently green mint ice cream with chocolate bits (I hesitate to call them actual "chips") but there was a lovely place back in Colorado that I think made their own, it was a vanilla base with both mint chips and mint extract. Veritable mint overload. I loved it.

It was very yum, and the cones were HUGE. I could never even finish a half-size one, it was literally as long as my forearm (though to be fair, I was about four feet tall at MOST at the time.)