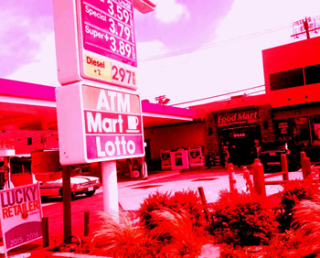 For background, I work the pumps at a gas station/convenience store in a state that doesn't allow customers to pump their own gas.

In our chain, we're trained to do the following with debit/credit card transactions: get the details of what they want, take their card, swipe it at the pump, return the card to the customer, and then pump the gas. In the year and change I've worked here, this has worked as intended; there's no confusion and everyone gets their fuel.

A guy drove up in some mid-range car not important to this story (and given that I'm terrible with cars, couldn't tell you what make or model anyway). His particular vehicle had the tank on the passenger side, which is important. The guy himself was in his mid-thirties and pretty average-looking. Definitely nothing that would peg him as an imbecile or on any mind-altering substances.

I'll be Me and he can be Wack, short for Wackadoodle.

Wack: (as he's handing me his card) Just $10 regular, please. Need enough to get me home. 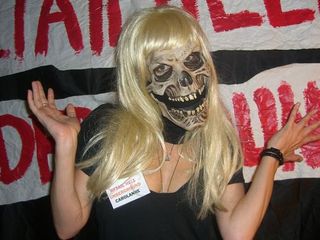 So I did my thing, which I've done thousands of times before. I walked over to the other side of his car to the pumps, ran his card, and brought the card back. He looked surprised, which should've been foreshadowing for the rest of my interactions with him, but I chalked it up to me being deceptively fast and a light step (I'm a larger gentleman) and having caught him by surprise with the speed of my returning his card to him.

I then returned to the pump, prepared to open his gas tank and, you know, give him what he asked for. So I wasn't prepared for him to start his car and drive off.

I blinked a few times as scenarios ran through my head. Did he have an emergency and have to leave immediately? Did he not have enough on his card to cover the $10 and suddenly remember that fact? Did he have more in his tank than he thought and not need any tonight?

Oh well, nothing I can do about it. I cancel the transaction and go on with my night.

Twenty minutes or so later, I was informed by my manager that an infuriated customer called, claiming that he'd gotten halfway home before his car died and that I'd stolen his money.

Given the fact that I had no other $10 card transactions that night, it was pretty easy for them to determine that the transaction had been cancelled. After explaining what happened, we could only surmise that the customer thought that I'd pumped $10 worth of gas in the 10 seconds it took me to run his card and give it back.