Mechanic Shop Signage Offers Backup Plan For Brakes
Awkward Asian Wearable Wednesday: Is This About Flowers, Or Should Somebody Tell Him...

Retail Hell Memories: The life cycle of a toy helicopter 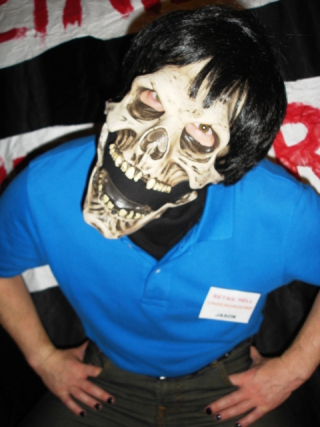 From u/jibelatto Tales From Retail:

I had been working in this automotive retail store for around about 3 years at this point. It was the week after Christmas. Anyone who has worked in retail for a while know that this period is both quiet, and the volume of returns is quite high.

Before Christmas we always stock the store with toys, this seems to be pretty common practice, even in stores that don't usually sell to kids.

The toy that everyone wants this Christmas is a mini RC helicopter. Our head office sourced some cheap ones from china and we had them in a few weeks before Christmas. Knowing they would likely sell out, I bought one for myself straight away, and proceeded to torture my house mates for the weeks leading up to Christmas, in the process I became quite a good pilot. This was to be expected as their age range was 10-12.

Fast forward to early January, a mother with 2 young boys maybe 6yrs and 8yrs in-tow appears in store with a very "can I please talk to the manager" face on.

Preempting her hostility I put my best happy mode on, "what can I do for you ma'am?"

"Yes, I would like to return this toy helicopter, it's faulty".

She pursed her lips as if to say, "well I just want a refund", but I had already unpacked it before she got to say anything.

My manager on duty was hovering nearby in case a return or any form of escalation was required...

On a close inspection the poor chopper looked like it had a very stressful week or so of life, blades with chunks out of them and a frame slightly wonky. I daresay there wasn't a piece of furniture in their house that'd hadn't been touched by those small plastic blades.

"Ma'am, I can see that it appears to be damaged, Have your kids been flying it properly?"

Her angry response: "No, They can't fly it properly because it is faulty."

Before she had a chance to say anything else I powered the chopper up, the kids must have left some charge in it.

And it was "batteries included" for the controller too.

I could see her rage and confusion starting to build.

"Ma'am, I'm afraid that as this item is clearly not defective and there is obvious damage to the item. I cannot return it for you. Our return policy clearly states that for a return, goods must be in resalable condition."

"Was there anything else I could help you with?"

The now dumbfounded mother, mumbled something indistinct, picked up the chopper and left in a huff.

As soon as she left, my manager roared with laughter.

Hopefully next Christmas she better adhere's to the age recommendation on toys she buys her sons.