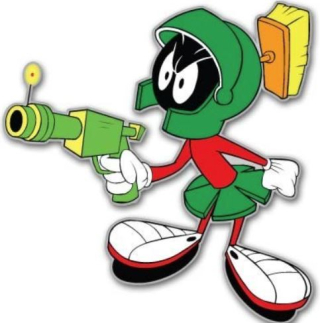 From The Key Oracle:

Many decades ago my region of about 60 key shops lost our regional manager, which is what happens when you do not take care of your stuff, it gets lost. For some arcane reason probably involving stupidity, or saving what they would have paid him, the home office was in no hurry to replace him and instead divided up the shops into sub-regions the control of each was given over to some long term managers including me. The only stipulation was that to save even more money we were not allowed to visit our shops except in a dire emergency so this was basically a “phone only” deal.

To keep things anonymous I am going to call one of my shops “Mars” which as I type this just seems appropriate.

To set the stage, Mars was a walk-up hut (meaning that the customers stood outside the shop and were waited on through a window) in the parking lot of a major department store chain, ie., our host. Therefore most customers thought of us as the “host” key shop so the host was very adamant about keeping the complaints about the key shop to the absolute minimum as any complaint would reflect upon them.

Unfortunately the key shop was managed by Marvin, a very strange person that I had never met. To give you an idea of just how weird Marvin could be, one evening his employee leaned back in his chair and for the first time that evening noticed that there was a huge human eyeball painted on the ceiling of the shop surrounded by the text, “Watch what you are doing because I am.” When I was told of this I thought that this was pretty normal for Marvin considering the other things that I heard about him. He also had a habit of coming in hours late for work, or even skipping work for the day, so I got to have frequent talks with his Host store manager which usually involved yelling on his part.

So one random day I am waiting on customers at my shop when an odd looking customer comes in. He is about 50, thin, about 5’6”, short grey crewcut, and wearing thick rimmed glasses with paint specks all over them including the lenses. He stares straight at me, or more likely through me, and does not blink. 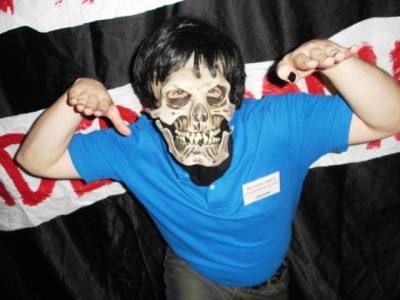 I say, “Can I help you?” and in a monotone voice he says, “I am Marvin.” Well lots of people are named “Marvin” so I do not connect the dots and say, “Do you need some keys made Marvin?” In the voice of the dead he replies, “I am Marvin from Mars.”

A light bulb goes on and I say, “Well it is nice to finally meet you Marvin, however since you are here and your only worker is in school, who is running the Mars key shop right now?

He states, “You do not understand, a man left a vial of radioactive dust on my counter and it fell and broke open. Now the key shop is radioactive, and I am radioactive, and I am going to die.” With this he turns around, leaves, and disappears forever. We never hear from him again even for him to pick up his paychecks.

However at the moment I have a problem, I need to think of some way to get his shop open because obviously Marvin has finally gone looney-toons. I also need to call his host store manager so that he can yell at me yet again but at least this time I am on top of it and calling him.

As I am dialing the phone I think, “What if his story is true?” No, it couldn’t be, Marvin is a nut!” Well what is near Mars? Ok, there is a nuclear power station and a military hospital that specializes in nuclear medicine. No, he’s a nut!!! But what if people in Mars start dying of radiation poisoning and they find out that I knew about it and did nothing? Man, am I screwed.

So the Mars store manager’s secretary answers the phone and when I say who I am says, “Oh, I was just going to call you. Marvin did not show up again today and Mr. Guy is really mad.” “Please put me through.” I say.

Just as Mr. Guy starts his rant I interrupt to say that I have something important to tell him and relate the morning’s encounter. When I have finished there is a long interval of silence until I eventually hear, “What?” I say, “Look, I do not believe that your key shop is radioactive. Marvin is obviously swimming in the deep end of the “crazy” pool. But against all odds, what if it is true and we knew something and did nothing?” Mr. Guy says, “I’ll handle this, don’t send anyone to open the key shop, we will talk tomorrow.”

If you call 911 and tell them that there may be a significant incident of radioactive contamination in a public place, people will show up unbelievably quickly. The unsuspecting folks that are already there will not be very happy. A 2 block in diameter area of a medium sized Midwestern city was evacuated and folks in moon suits with Geiger counters poked them everywhere. The result of course was nothing, Mars was once again safe for human habitation.

My talk with Mr. Guy the next morning was much more unpleasant than usual and Marvin the ex-Martian is still missing.

People need to remember that items with deadly amounts of radioactive materials get stolen from job sites every year in the USA, and the thieves are likely to be stupid enough to break open the containment vessel. Junk yards had to install detectors at the points were materials enter the yard because of this.

Jofur, that reminds me of an incident I read about involving a cobalt-60 (I think) source from a radiation therapy machine...lemme see if I can find it again after I'm done running errands today...

I've let authorities know of C***list free to person that will remove this X-Ray equipment listings, so they can check that the materials don't end up spread across a city. This is not an allowed item on that site either.

That's crazy, OP, but you did the right thing. As Jofur said, this IS something that happens. Radioactive materials disappear from locations all the time, and when dealing with radiation, it's better safe than sorry

(Was cesium, not cobalt. I suspect I'm too used to hearing about machines with cobalt sources.)