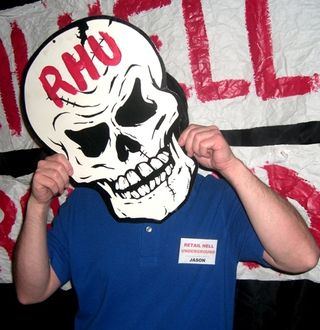 I had been at my job for four years. For my trouble, I’ve gotten pitiable raises and zero advancements.

They’ve hired people from outside, all of whom ended up leaving or being fired.

For those four years, I used to be the guy they called for whenever those shitty workers would call out. Initially, I welcomed the extra hours, since it fattened up my paycheck. But one day, it all just kind of hit me like a brick to the face; my last raise was chump change, I had been refused advancements, and nobody appreciated everything I did. I busted my ass, without even a "good job" for my efforts. I swear I heard a door slam in my brain. I decided that after four years of getting NOTHING for my hard work, it wasn’t worth the trouble.

Manager over the phone: "Yeah X called out. We need you to come in."

Me: "Well, unfortunately, I can't come in today."

Manager: Tinge of panic "But you always come in!"

Me: "Yeah, I know. But, funny thing, I realized that nobody seems to appreciate that. I get nothing back for what I do for you all. So I made plans for today, and they can't be canceled. You'll have to call someone else for a change."

Manager: irked "Well I'm really disappointed to hear that. You were always so reliable before."

Me: "And where has that gotten me, [Manager]? What reward have I gotten for that?"

My manager never called me again after that, but the next person up the chain did. And they used to get so mad about me saying no, like a call meant I had to come in. They eventually stopped calling me, when their "request" that I come in (phrased like an order) was answered time and time again with, "So, have you found a way to give me a raise to full time with benefits, yet? No? Okay. Have a nice day." click.

I left a few months later, and found a job that gave me a major jump in pay plus benefits.

I remember being written up several times for "not working overtime when asked". I told my boss "When you ask if I'd like to work overtime, you're giving me to the option of saying yes or no. I choose no". :)