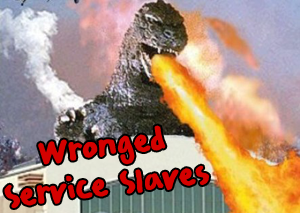 In 2003, I was working for a leading defence industry company as a engineer.

Many thought it was absolutely hilarious, but a few were embarrassed. None reprimanded the guy. I had to do that myself.

His response? "Obviously you DO need that, if you're going to be so uptight about a little joke."

I reported him to HR, a female rep came and spoke to me and took the 'gift'. I learned later that he'd been spoken to by HR, but I never received an apology or any follow-up.

In fact, I was moved out of the area and later made 'redundant'.