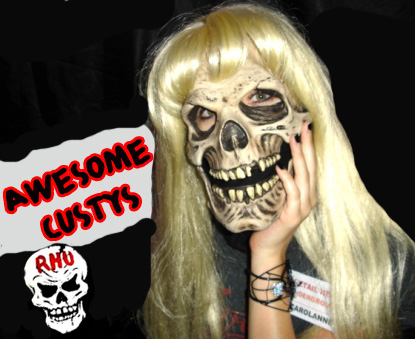 From u/Berylldama Tales From Retail:

I work at an antique mall and as such, the POS system is also an antique. We had a gentleman come in and purchase a few vintage Avon bottles and while I wrapped them we chatted. He was lonely and wanted to talk about the bottles reminding him of his childhood and stuff like that. Totally normal interaction, to be honest.

He leaves then comes back a few minutes later having decided to purchase another bottle and a few more items he'd been thinking about. We talked again and he got to the part about his wife having passed away a year ago. He's headed out of the store again and pauses to peruse the few shelves of fine jewelry. Meanwhile, the traffic has picked up and I get busy opening cases and pulling merchandise for other customers so I'm a little flustered. He beckons me over to show him a gold and chocolate diamond men's ring. I open the showcase and he says his wife was into diamonds and fine jewelry and always wanted him to have a nice ring but he'd never found one he really liked until today. He slips it on and it fits like it was made for him. He says he'll take it. I grab the price tag which is a little placard with all the ring's information next to the ring. This baby is like $800. I'm not used to customers making such big impulse sales so I get excited. (No, I don't work on commission, so I had no reason to get excited but I do love selling things. lol)

I ring him up, having to input all the information myself because, again, this is an old POS that relies entirely on the sales associate. He thanks me again and wanders out.

Half an hour later he comes back, saying he'd gotten home and realized he didn't have a copy of the ring's details that were included on the placard. I grab his invoice and make a copy. He goes back to the showcase, looks at it, then calls me over. He says he thinks I gave him the wrong info. I look closer and realize I HAD PULLED THE WRONG PLACARD! Not only that, but I'd undercharged him. By like a lot. His $800 ring was actually a $1700 ring!

Guys. I almost died. I apologized profusely. He just smiled and said not to worry about it. He'd pay the difference. My manager came and helped me get his transaction situated since it involved a void. The gentleman was the picture of grace. He paid the extra $900 without batting an eye and this time we made damn sure he got the right information for his records.

After he'd left my manager, who is one of the rare good ones, turns to me and says very cooly, "Bet you won't make that mistake again, huh?"

TL;DR Solid gold human being buys a gold and diamond ring, is accidentally undercharged by $900, gets all the way home, realizes something wasn't right, drives back to the antique mall and pays the extra $900 for a ring he'd already gotten out the door with. Probably saved my job.

"Chocolate" diamonds are the leftover crap they (the diamond industry) used to say that no one would ever want because they weren't TRUE diamonds with the sparkle and such... kind of like chicken wings, they found a way to sucker people into paying ridiculous amounts of money for garbage...

Yeah the whole diamond industry is a sham, but still, thank goodness for honest customers.