You Had One Job: Someone Is Just Not Into The Holidays
Toy Fails: Harry Potter "Hermione" Official Figurine

Bakery Hell: Why do people think we can just give out stuff for free? 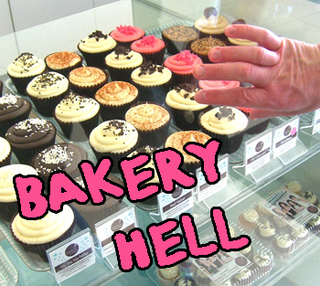 From  u/That_1bitch Tales From Retail:

I work at a bakery and most of our regulars are really nice, and i enjoy talking with them, but theres one guy whos rude and pissy every time he comes in.

A little context: we have a sale on our donuts and muffins at the end of the night because we throw them out after we close. (sale starts at ten, we close at 11). You can get 6 donuts, or 4 muffins for like $3.50. This is a steal because otherwise it would be like $8 and change.

I have a few regulars come in for this sale pretty frequently, one of which is this old man. Ill call him OL. Im already on his bad side because ive refused to give him the sale early before. He comes in often, he knows it starts at 10. I have no idea why hed come in a half hour early for it. The most i do for people is give the discount ten minutes early but not any more than that.

Anyway, OL comes in, takes forever to look at the muffins we have. Picks out four and then an extra one, so he has five in total, also grabs a bottle of milk. I ring him up and it comes to $7 and change, i tell him his total.

I print the reciept and check it, the total sounded about right to me but it is possible i made a mistake. Nope. Theres the 4 muffin sale, one extra muffin, and a bottle of milk. I hand him the reciept to show him.

OL: why are you charging me extra?? This is so expensive!

At this point I'm confused, I know he knows the muffin sale is four of them, not five. He comes in often and when he ordered he said he wanted the fifth one as an "extra" one. So I reference the receipt again and tell him the total is correct.

OL: people here usually give me the extra one for free! You cant just give it to me!?

I wanna make it clear, theres only one person who gives it to him for free, and that guy only works out front a couple times a week. No one else does this. Hes extremely rude and sarcastic every time he comes in, and honestly if he was nicer i probably would have thrown it in for him, but fuck that guy.

So I tell him I can't do that, its against the policy, etc etc. He gets pissy, tells me to put it back, goes on this rant about how we're forcing him to go someplace else (good luck finding somewhere thats gonna give you free food buddy) starts slamming his money on the counter and storms out.

I am just baffled that the most rude and sarcastic customer I have would expect me to give him stuff for free. If you want something from somewhere you have to buy it, it's that simple.

But why are we calling the old man "OL", hmmmm?