English is Hard: When You Want to Surprise Your Feet
Retail Hell Memories: Because I Was There

Dumbass Coworkers: When You Lie On Your Resume About Your Skill Set... 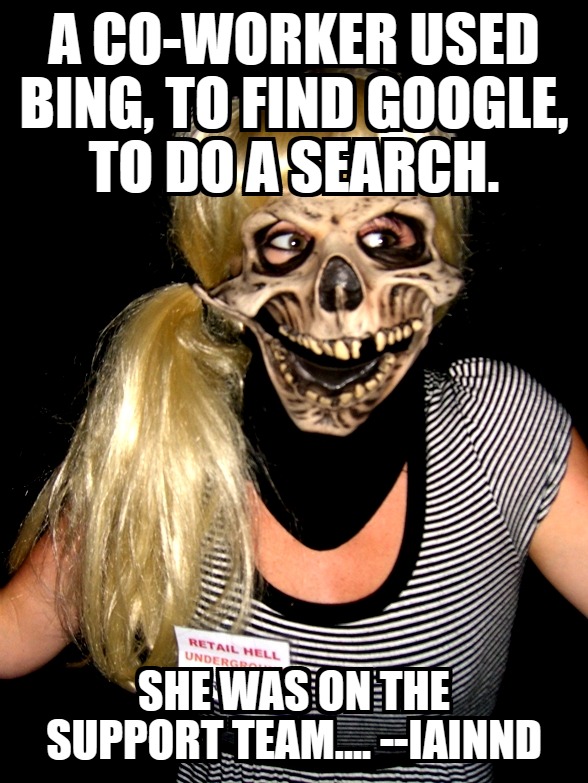 Just before I left the Big Red Z Phone Co, they started hiring contractors as full time employees, after almost 7 years. First round, I wasn't hired with my (then) 16 years of experience as tech support, almost half of it there, because someone who had more seniority was hired. Fair enough.

Second round, I lost out to someone with 'more valuable experience'. They hired someone who was shortly thereafter discovered to have lied on his resume. He was summarily fired.

By this time, a new CEO who felt that it was VITAL!!!!!! that everyone have college degrees had come in, and since I don't have one, I just have SIXTEEN FUCKING YEARS OF EXPERIENCE, I wasn't hired. They hired a woman who had never even owned a computer, when she started at the COMPUTER HELPDESK, we had to help her figure out how to turn the computer on. But hey, she had a college degree!