Hellspawn Encounter: I scared a teenager in to buying a banana skin 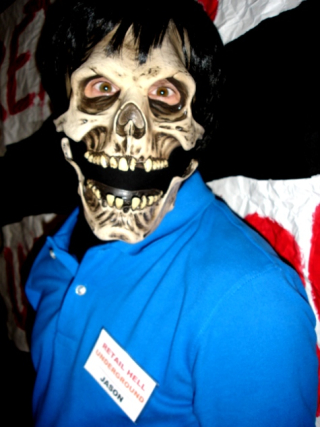 From u/RayAdders Tales From Retail:

So I was working a late shift and I’m walking through the bread aisle, and a group of teens are shouting and kicking the bread trays around.

Naturally I get get pretty pissed off. Shouted something along the lines of ‘Okay guys you can pack it in now.’

And as I walk past this kid’s best come back is ‘I’m eating my banana.’

The shop I work in has free fruit and veg for children which he clearly wasn’t, but whatever it’s a banana.

So I head down to the front of the store to tell security about them just so he can keep an eye out. Funnily enough there were two police officers talking to security so I just told them what had happened and the teenagers came to the checkouts.

They were staring at me talking to the police and then they left. I was later told that they paid for the banana skin at the checkout because they thought I was telling the police they stole a free bloody banana!

It truly made my night. I got to shout at customers and I intimidated them in to buying a banana skin lol.