Monstrous Customers: JUST PUT A BATTERY IN IT!!! 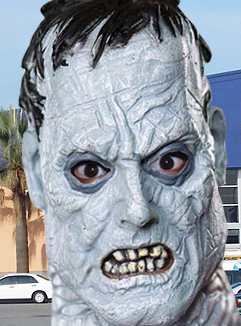 From u/talk2melikethatagain Tales From Retail:

I used to work at a store that had a jewelry counter. At the counter people could purchase jewelry or other small items without having to deal with the front registers. At the counter we also had a watch battery changing service.

There were certain stipulations the watch had to meet before we could change the battery. The rule was:

It had to be a brand that we currently carried in the store, that way if it broke we could replace it with something similar.

That was basically it.

We got a lot of a "bought this 5 years ago." Sorry if we don't currently have it we can't change it. "Oh I don't care if you break it." Cue some part-timers falling for it, breaking the watch and the customer flipping their shit.

I worked there for a long time and happily told many customers no. I sent them on their merry way, grumbling about how we were one of the last places in town that still did it and how they were going to call corporate.

This one old man however was not giving up and asked to speak to my manager. My manager comes over and folds like a piece of paper.

So, I get to changing his battery and it is DISGUSTING. I have to scrape off like 80 years with of dead skin, sweat and dirt just to get to the point where I can get the back off. I was practically gagging the whole time.

I get the back off and usually we just pop the battery out and match it with what we carry in the correct size.

There is no battery.

Not like there was a battery and it fell out. This watch doesn't run on batteries. It is a wind up watch.

I show old man and he was not happy.

Me: I can't. There is not spot to put a battery. See? There is no space for it.

OM: I HAVE HAD IT DONE HERE BEFORE!!!

Me: NO. You haven't! There is no spot for a battery. I can't replace what was never there!

OM: It stopped working! The battery is dead, just change it.

me: I CAN'T. Where would you like me to put the battery? I can sell you a battery but it won't do anything.

We went in circles for like 10 minutes. He even had me call my manager back over. There was absolutely nothing I could do to convince the old man that I wasn't lying.

OM: Just put it back together. I AM GOING ELSEWHERE!!

Like I mentioned previously we were one of the last places in town that changed batteries in watches. Lo and behold he here comes a few days later and asks my coworker who is like 30 years older than me to change the battery. She says "sorry we only change it if we have that brand." He said thanks and walked away.

I can remember when you got your watch at the watch store, which was like a jewelry store. You'd go back because the insides needed cleaning or a spring replaced, the glass face cracked or the wind up stem fell out. The auto wind spring watches would break if you did something like carpentry. Dad tried them for about two years. My kid sized watch with the glass back so you could watch everything running, still works, if I wind it up.