You Had One Job: Clearly Nobody Thought This One Through
The Mother Very Loudly Declared That It Was Our Job To Clean This Up

Retail Hell Memories: Have you ever seen a customer explode before? It's awesome! 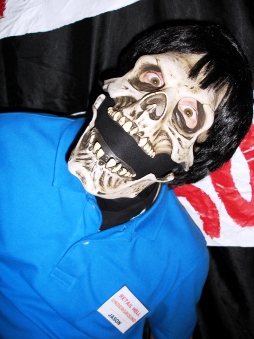 From u/asmallman  Tales From Retail:

When I worked at a insert biggest retail chain in America here, we had an odd, but easily understandable way to display and sell our TVs. If the TV has ONE price tag on it, that means that was the price for the TV in box and the display was NOT for sale. If the TV had two, one would be clearly marked DISPLAY PRICE (as in that exact TV on the wall, because it’s about to be replaced) and the other price tag was for a new in box TV. The display price often reached INSANE discounts. The longer it sat there, the lower our system automatically lowered the price. One time we sold a 2000 dollar TV brand new in box for 200 dollars because it was the display. I wanted that TV and was sad that another coworker got to it first.

But my luck turned around. The almost exact same model minus a curved screen was up for grabs. Also 2 grand new. They were selling it for 500. A really really nice smart TV, 4K, Smart Hub, the fucking works.

A customer saw online we were selling a similar looking TV (different model number and resolution, 1080p) for 200 dollars. THE WEBSITE SAID DISPLAY ONLY PRICE. He came in and demanded the 500 dollar display for 200 dollars. Queue "Its the same size! What's the fucking difference?" 1 billion times.

He began threatening lawsuits for mis-advertisement, threatened to call the cops (what could they do?). Enough to where the store manager was about to cave and take the hit personally.

Here’s where I got sneaky. I got tired of waiting for displays that I wanted to come down, as I have been waiting for a year and saving up for a new TV to replace my 10-year-old 32 inch Sanyo (That TV is still used. It’s now in my bedroom as a monitor for me to play games while I sit on my bed).

The customer was outside ranting and raving at someone on the phone. So, during my 15-minute break, I walked up to the store manager (SM).

SM: You sure? That customer is going to explode if he sees you with it.

Me: That’s fine. Ill wheel it out to my car and he can watch me load it into the back.

SM: Alright. Got tired of him anyway. He was being an ass to me and multiple associates. He deserves this. If corporate calls, I’ll show camera footage. That would be enough for us to be in the clear. Corporate won’t complain that I saved 300 bucks from being burned.

I literally walked right by that customer with that TV. I was happy that I got that damn TV. But the icing on the cake? He turned tomato red. Not kidding. Red.

AH: WHAT THE FUCK ARE YOU DOING?

Me: I saw this TV for sale and I bought it. Why?

Me: Oh, I thought you didn’t want it anymore after you left the store. I didn’t realize you left to call someone. (I totally did btw)

AH: YOU GETTING SMART WITH ME? ILL KICK YOUR ASS!

(Here’s where I almost gotten reprimanded and coached. I couldn’t resist. The troll in me couldn’t be stopped)

Me: Sir, tomatoes belong in the vegetable section.

I booked it to my fucking car. Sprinting and holding a 55 inch TV over my head and slapped the back of my car door shut and ran back inside.

They got him out of the store by saying “You left the store. We don’t hold items. It’s our policy.” And, to boot, corporate backed us up. I dodged the reprimand because the customer couldn’t prove I made that comment at him.

I got a new TV. Made a customer explode. And, made my managers nearly die from laughing so hard. It was a good day.

TL;DR: Customer was super ultra pissed about pricing cuz can't read. Bought the TV out from under him when he made a phone call. Called him a tomato. Went home with a new TV.

Nice way to "serve" a jerk a heapin' helpin' of justice. (applause)

"You getting smart with me?"
Well, SOMEONE has to be...