Retail Hell Memories: How I ruined a marriage with one phone call 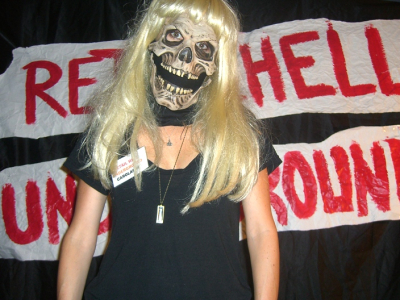 From u/maladygris Tales From Retail:

So a few years ago I worked in a furniture store. In the store you could apply for a credit card to finance your purchase. I had an older lady come in (probably mid 50's) with a man in his 20's whom I assumed was some sort of family member. So we put through her application and set up an order with some previous details that had been stored in the system from years ago (usually attached to a surname and phone number).

Everything went well, the loan was approved and the lady and man left the store. Several days later, when their order was in stock, I called the number on the order and was greeted with the voice of another man. He knew the customer, but he had no idea about the loan or the furniture. It quickly clicked in my head that she was eloping. As when I asked about her marital status earlier, she replied: "I'm married but I might not be soon", which I played off as a joke.

Her now husband then asked if she had anyone in store with her, and I said I didn't remember, not wanting to reveal anything catastrophic. Then he asked for a copy of the order, which I provided, as it was his email address on the order and I am obliged to.

Later that day I was met with a wall of shouting and insults as the customer berated me over the phone for ruining her marriage. Telling me that her husband didn't know. (Mind you, she had a copy of the order the whole time with her now husbands phone and email on it). She then proceeded to come into the store and shout at me again for another few hours, requesting my manager call her husband and explain to him the order was a mistake and that we had to cancel it. Which we did.

A week rolls by and she comes in and asks us to reinstate the order, this time with very large discounts for her "inconvenience". She filed complaints about me to the head office and I was written up twice (but refused to sign). The customer subsequently had her goods delivered to the young man's address...

TL;DR A lady orders some furniture with us preparing to secretly elope. I called her husband's mobile and tipped him off by accident.

Yeah I wouldn't have signed those write-ups either. It's not your fault she is screwing around on her husband and then put HIS CONTACT INFO on the order.

Don't ask that question, you WILL find out. :P

Don't ask that question, they take it as a challenge: