Retail Hell Memories: The lady that broke the door stop 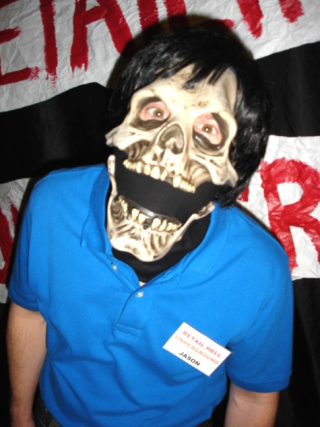 From u/Da_Dum_Dee_Doo_Wop Tales From Retail:

Many moons ago I worked for a small roll-your-own-tobacco shop. For those that are unfamiliar, these are tobacco shops that a) typically do not sell glass and b) operate in a legal loophole regarding "personal manufacture" of tobacco products being exempted from a portion of the associated taxes. Our shop had several pneumatic machines that customers could rent so they didn't have to roll their cigarettes by hand.

Oh the stories I could tell from working for this store.

On to this story. Our shop had a VERY strong magnetic door stopper that we could engage from a switch near the door that would essentially lock it in place. We would often turn it on in the evening when we were approaching closing timeso we could get people out of the store without letting new people in.

One fine night I was beginning the closing procedures and had gone behind the counter for something. When I came out, I looked up to see a woman approaching our doors with a man in tow. This woman looked absolutely determined. With shoulders squared and eyes forward, she marched not toward my doors but at them as though they had wronged her deeply.

Most customers would give the door a decent tug, feel the stopper holding it in place, and leave (or look in confusion for an hours sign). Some pull pretty hard but soon give up. This lady grabbed the door and tugged- but upon seeing it firmly refusing to budge, gave it a Herculean yank. The face of the man behind her was illuminated by the brighter lights above the now-open shop door just in time to reveal a mixture of surprise and horror. The door flew back. The handle hit the wall with a deafening clang (steel handle into steel bar). I nearly pissed myself in shock just from the noise.

Was the dame yet daunted? Nope.

She marched in with hardly a break in her step, only stopping when her knees brushed the front side of my counter. "Your door was stuck. I need a box of filters."

My coworker recovered around then and rushes to re-engage the stopper. He needn't have bothered, though, as it was quickly clear that the stopper was broken. This lady wrenched one of the poles off its mount and now both sides of the magnet were stuck together on the same side of the door.

I finished her transaction and sent her on her way with as few words as possible. My coworker locked the door. We promptly fell on the floor laughing like hyenas both because it was weirdly hilarious and we were still shocked. Took a bit but the stopper was eventually replaced. As for the lady? I don't remember seeing her around the shop after that.