You Had One Job: That's Not A Bee!
I Found An Example Of Blatant Discrimination! Expect To Hear From His Lawyer! 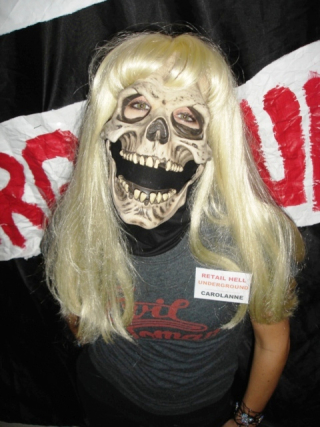 From u/Deprox Tales From Retail:

A few years ago, I was volunteering at a local fair and wound up manning a local vineyard's sale stand. The pricing was very simple: A bottle of wine or grape juice was 20 (local currency, which amounts to ~$6), buy any 3 bottles and get a personalized mug and box. Vendors were supposed to give samples to anyone who walked through the stand and try to convince them to make the biggest purchase. Vendors would get 5% of each sale as "commission" (more like incentive), up to a maximum of 100 per day.

A couple in their twenties taste tested every sample we had and decided for 3 red wine bottles. They paid and everything was hassle free. I proceeded to give a sample to another person, and while I was in the middle of explaining prices, they return and the boyfriend, completely ignoring my potential customer, barks "Hey, so I already bought three bottles and you'll let me buy a juice bottle for 10" while extending a 10.

"All bottles are 20, and that's final", I answer while giving the new customer another sample. Boyfriend is not satisfied. "OK, so you want 20 and I want 10. Let's do that thing of meeting halfway and I'll pay ya 15", he says with a huge grin. Since the new customer was apparently in the middle of deciding whether he wanted or not to purchase anything, I turn my full attention to boyfriend.

"For fuck's sake, if you're willing to pay 19, just pay 20", the new customer exasperatedly says while going away. Good, now I lost a sale. Girlfriend shakes her head and meekly says "Please, just pay". Boyfriend completely ignores both and asks for a manager. I call the senior volunteer, who was the closest to a manager the stand had. Boyfriend proceeds to berate me and say I wasn't being helpful and what's the hurt in taking just 1, JUST ONE off the price of 20. The senior volunteer thinks for a bit and says in a very serious tone.

"OK, sir, as a special exception, we can make it nineteen..."
Boyfriend has a shit-eating grin of victory plastered in his face.
"And ninety-nine cents. No lower than that."

I wish I had a picture of the look on boyfriend's face as he realized we would round up to 20 since our country hadn't used the 1-cent coin for a few years. Defeated, he wound up buying 3 more bottles to get an extra mug (?). His girlfriend was laughing at him the whole time.