You Had One Job Albertsons
Design Fail: Because There's Nothing Innuendo-Ish About This Picture

Barista Hell: The Price increases are because you're trying to nickel and dime us! 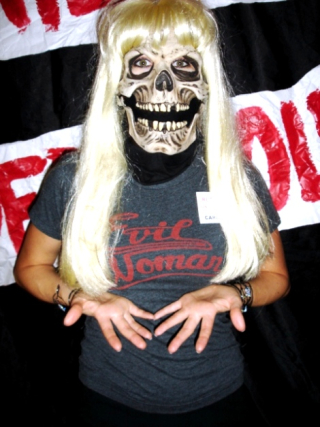 Hey y'all! LaughingBarista here again with a blast from the past.

After reading Denim Bitch's story about a bitchy custy who got pissed about something that Denim Bitch clearly could not control, I was reminded of a similar story of my own from a few years ago.

Do you all remember the summer of 2008? You know, the summer where gas prices were obscenely high (I remember paying $4+ a gallon) and everyone bitched about it? Let's take a trip to that summer.

So I'm working at Dunkin' Donuts and to accommodate everything that was going on in the economy we decided to raise the prices of everything. Nothing too ridiculous (most coffee maybe increased by $0.20 at most) and most people didn't even notice it.

Except for Stupid Old Man (SOM).

It's a busy day at the drive-thru and I was cashing people out. A few people had commented on the inflated prices and my usual response was along the lines of "That's the economy for you!" SOM was not having that.

SOM: Why did the prices increase?

Me: The economy's been pretty bad lately so we're trying to make up for the increased prices we pay for things by slightly increasing the prices of our products. We need to make back the money somehow.

SOM: Don't blame the economy on this! You know it's because you're trying to nickel and dime us!

Me: I'm certainly not trying to nickel and dime anyone. I don't own any Dunkin' Donuts and I think it stinks that we have to raise the prices but it is because of the economy.

Me: No, it's not. You know how gas prices have increased exponentially? Have you ever seen our 18-wheelers that deliver all of our products to us (I was referring to the trucks that deliver everything from cups to coffee beans to collector's mugs)? Those cost hundreds of dollars to fill and they come here twice a week. Before they come here they come from another place which means that they have to travel which in turn costs a lot of money. Then our coffee is flown in which also costs a ridiculous amount of money. So yes, the increased prices are a direct result of the bad economy right now.

Me: Have a nice day!

Any of you have any stories where you were blamed for something that was clearly out of your control?

How did you respond? [read the responses here]