Signage Slip-Ups: Chocolate Comes From Cocoa, Which Is A Tree. That Makes It A Plant. Chocolate Is Salad
Sidewalk Signage: Imagine...

Cashier Hell: "She is double taxing us!" 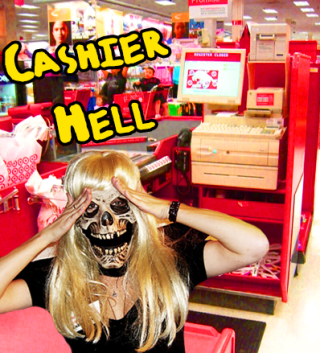 This older couple was in my line and became very idiotic. I had hit "total" on the register after scanning just this lady's picture frame, because she said she could pay for it separate... she said that BEFORE they told me to just keep ringing everything else up together.

Me: Yes, it is with tax, but I'll keep scanning everything for you. I just hit the "total" button because I thought you were buying the frame first.

Old man: But you're double taxing me if you ring everything else up, the tax will be doubled in the end!

Old man: No it won't be the same! It will be doubled at the end!

Old man: She is double taxing us, the picture frame is 3 dollars but it says 3.22 and if she rings everything else up with it it will be doubled!

Old man: SO we won't be double taxed?

Old man, to me, before he leaves: I'm sorry.

I swear... do these people NOT know ANYTHING about how tax works????