HalloThanksmas: Customer Goes To Buy Halloween Decorations at Walmart and They have been Replaced
Customer Rejects: You Have $8. Peach Yogurt or Hard Sparkling Lemonade?

Dumbass Customers: "I Am Not Stupid!" 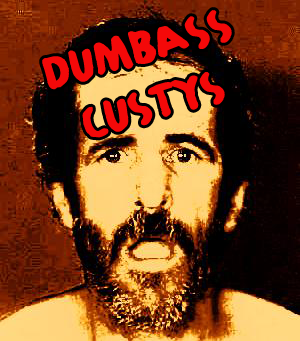 It was late one evening about 30 minutes before the store closed. We were completely dead, not one customer in the store and the 3 of us that were on duty were chatting at the register at the front of the store when a son and father enter and approach us straight away.

All three of us greet them kindly and I take the lead in serving them as it was my duty on the register [the other two staff came from different departments]. The son takes the lead, as I soon find out the father has not got perfect English and sometimes find's it hard to communicate.

Son: Hello, my father would like to return this charger[car battery charger] please. It doesn't work

Me: Okay, did it not work after purchasing or was there some sort of issue?

Son: [Speaks to father in own language]....he says it stopped working. He used it once, and then it wouldn't work

Me: Okay that's fine, what happened when you noticed it wasn't working? Was it dropped/ damaged/ not charged...etc, etc

Son: [Speaks to father, father seems to be getting a little bit salty]......No, he say's it just stopped working

Me: Was it used correctly? No issues with using the cables incorrectly or anything, was the car battery working?

Father: [Saltiness level over 100]I am mechanic. I know how to use. I am not stupid [points at charger] BROKEN. New one [speaks to son in own language]

Fine, whatever. So my colleague goes and grabs a new one off the shelf, as well as a car battery to make sure there's no issue with the new charger we are about to replace. We explain this to the son, which he translates to his father[Saltiness decreasing]. 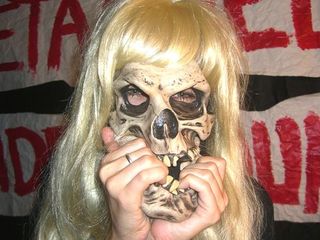 My colleague and I swap the chargers, we take the old one and connect it up to an old battery we had sitting behind the register, and the father connects the new charger to the new battery. The old charger seems to be working perfectly, it's turning on and reading great.......just as we turn around to explain this to the father and son, the father turns on the new charger...... in a second there are sparks flying everywhere and the new charger dies. The so called "mechanic" has incorrectly connected the charger and the battery. [For anyone out there, RED = positive/ BLACK = negative ALWAYS!]

My colleague and I look stone faced at the father who's turning a deathly white, and the son who's now turned a dark shade of red.

Me: [points to charger they just broke] This one however, is now broken

Me: Please explain to your father how to correctly use the charger, and perhaps read the instructions next time

They both apologise very quietly and leave very quickly.

Sounds about right, Burly. I can't for the life of me figure out why people like this aren't required to pay for the damage they cause. At the very least, it would make them think twice before being a dumbass