Walmart and target are quietly killing one of the most annoying things...
Amusing Reviews: You Know This Will Be, And Has Been, Used For Pure Evil 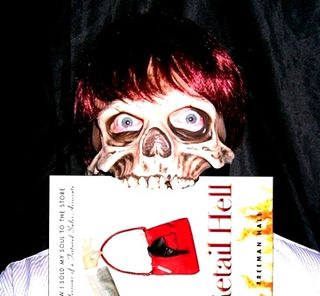 Book Bastard here coming at you live from the county library.

This happened not ten minutes ago:

Patrons can make requests for books. They fill out a slip, give us $2 per requested item, and then it goes to our director, who decides if she wants to buy the items or borrow them from another library. If she decides the latter, then the $2 per item covers postage; if the former, then the patron gets their money back.
Now, our patrons love us. They (usually) have no problems paying fines, they regularly let us keep the change for our donation jar, and it's generally a very pleasant place to work (before this I was a housekeeper at a motel, so this is DEFINITELY a step up). Sometimes the $2 fee surprises them, and since it's upfront, they decide to do it later, or wait to see if we buy it for somebody else, or whatever.
Today, however...
A little old lady came in and asked if we had certain books. We did not. I told her we could try to get them.  She was interested. Then I explained the system. Three books, two bucks each, $6, which she would get back if our director decided to buy the books.  Her eyes got wider and wider, and then, paraphrased:
She couldn't understand. Aren't we funded by taxes?
Yes, I said, and donations.
But we had never charged before, she said.  What-- 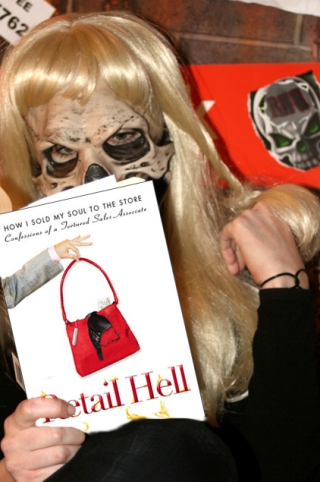 Well, technically, yes, we did, I said--but sometimes we would let people--
You're funded by county taxes, she said.
We are, I said, but--
It's nothing against you, she said.
I know, I said, but--
I'll go to another library, then, she said. Over in (city), they don't... *shakes head*
I'm sorry, I said.
I'll look for something else, then, she said, that I don't have to pay extra for.
And then she walked away, stood in front of the 100s for a minute, and then left, shaking her head.
The text of this doesn't really seem so bad. It was her demeanor that made it so strange. She was so quiet, her eyes were so wide, and she spoke in such a way that it seemed I had broken her heart, disillusioned her, as though she had just learned that Santa Claus isn't real and that her cat would die within the hour.