Design Fail: That's Gotta Be Hard On The Car
The Hidden Truth Behind Those Job Offers 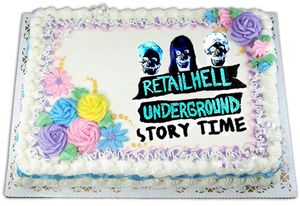 Let me set the scene a bit first... I work in a bakery that is inside of a grocery store. There are two of us cake decorators, but I usually work the bulk of the hours. We take pride in making our cakes as nice as we can, and not just some shitty decorations slapped on a frozen-ass-pre-baked-pre-iced cake... so anyways....

This guy comes in and walks up to the counter, he wants to order a cake. Great. Fantastic. Sure I'd love to help you with that!! /huge grin...

This guy was probably from some country over in the middle east, because his poor excuse for English was more or less going straight over my head leaving me tilting my head to the side like a confused puppy... think Apu from Simpsons... only thicker accent.

Ok so he begins to attempt to order this cake...

He proceeds to whip out a picture of some double layer 14" round cake w/ cream cheese icing, metallic purple grapes and a wine glass and bottle, and blah blah blah whatever.

We don't even do wedding cakes at my store for lack of a delivery van... sorry guy, you're out of luck there. Still want the quarter sheet then? Ok good.

So I originally thought he wanted a photocake, you know one of those cakes you get with a picture on it... since he brought in the picture and all.

Turns out he wanted the cake to look EXACTLY like the one in the picture... um... right well, a quarter sheet is a rectangle and that's a round so... it won't really look like that. What? You want buttercream icing? Oh well, that's fine but that's cream cheese icing in the picture so... it's going to be white and not off-white yellowish... (so far you can probably guess where this is going to go...)

He then proceeds to tell me that he wants the wine glass and the bottle on there too, Ummmmm ooookay well, this is only a quarter sheet, there's not really a ton of space to put that kind of thing on there.

Not ONLY that but this fucker wants the glass AND the bottle out of CAKE... on TOP of the other cake... 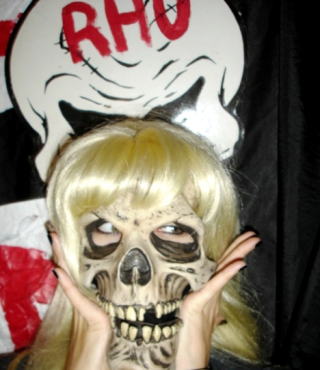 I don't fucking think so. We don't do sculpture cakes at my store, we may take pride in our cakes but we have a limit.

He started to get pissy w/ me after this... because I was having a hard time understanding what it was he wanted.. ENGLISH MOTHER FUCKER DO YOU SPEAK IT!?

So after I had the order form filled out to the BEST of my abilities... I repeat it back to him to make sure it's right.

Me: Okay so we have a quarter sheet marble cake, with buttercream icing, you want a wine glass and a bottle out of purple icing (omg gross... nasty ass shit.... purple icing takes like what i would guess battery acid would taste like b/c of all the food coloring... and he's going to have HUGE mounds of it on his cake... oh well not my problem...) airbrushed lightly with silver... some grapes and vines also airbrushed lightly with silver, and Writing Happy Birthday on the cake in script in purple, and your <impossible to pronounce Indian name here> on the bottle and the year you were born .... your total will be <Price>. Is that correct? (this asshole better be glad I'm not charging him extra for the time it's going to take me to make this thing...)

Me: I'm sorry but we don't make double layer quarter sheets, only 8" rounds. You said you wanted a quarter sheet , if you would like to change it that's fine but I can't fit all those decorations on a tiny 8" round.

Okay so, I start working on this guy's cake... not EVEN 5 minutes later I get a phone call.. I immediately recognize the voice on the other end... FUCK. now what?!?!? ///Sigh.. he wanted to make sure I had the order correct... whatever dude, let me do my damn job kthx. 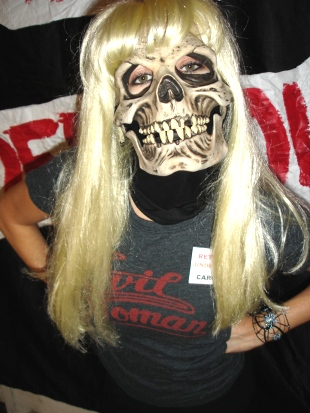 I spent an HOUR and a FUCKING HALF doing this asshole's cake... that's like 5-6 times longer than it usually takes me for an intricate order... I made SURE it was as perfect as I could POSSIBLY get it. So that asshole wouldn't complain.

A few hours later.. he comes into the store again.

Me: Oh did you want to pick up your cake early? (it was for tomorrow pick up...)

This is where I learned from my co-worker that he's been a problem before and has been known to come in and "look at his cake" and then leave it if he doesn't like what he sees.

Me: Are you going to -take- your cake?

Me: Well... SIR... if you want to see your cake you need to take it. This is not food network. I am not Duffy. This is not a "specialty" cake shop. If you would like your cake now that's perfectly fine, however, I don't have time to be running back and forth to get your approval.

I run to the cooler and grab his cake. I show it to him and he has the FUCKING nerve to complain about it right off the bat.... the urge to stab is getting higher...

Him: The side, it is too white. Can you put more silver on?

Me: Sure.... /Grit my teeth while I get airbrush and put a light coating of silver on the side.... how's that?

Him: Still too white a bit more... 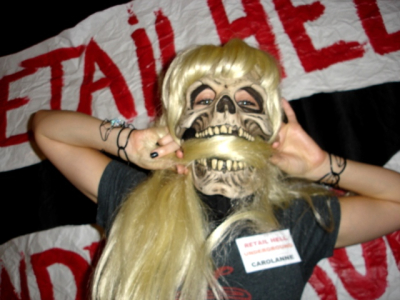 Him: //scrutinizing look... but now... now it's too dirty looking. Can you take some off?

This is where I just blew my top.. I was so pissed, but while STILL being somewhat polite as I POSSIBLY could manage and not look like a COMPLETE bitch... as I would get written up...

Me: Look. you TOLD me to put more silver on there because YOU thought it was too white. I can't just "take it off" it's airbrush!! That would require stripping the ENTIRE cake and starting all over. If you don't want your cake, pick something out of the case and I'll write on it for you, but I am not adding anything to it, and I am NOT remaking your cake simply because I did exactly what YOU told me to do.

Needless to say he took the cake and paid full price. I haven't seen him back since. A

nd I hope, for his own safety, that he doesn't show his face again or I will downright refuse to make another cake for that picky-ass douchebag...¬.¬

Not to mention that knife I spoke about earlier....